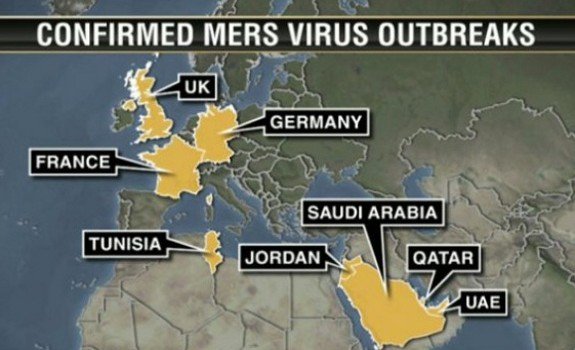 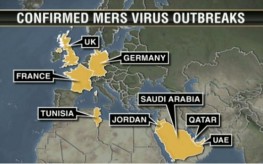 About two years ago, around September of 2012, a highly resistant disease known as Middle East Respiratory Syndrome (MERS) was discovered in Saudi Arabia. While the disease has been floating around mostly in Saudi Arabia since then, the disease has recently made headlines, with hundreds of outbreaks occurring. The worst part? Not a single treatment is known.

MERS has infected hundreds of individuals so far. There are currently at least 339 cases reported in Saudi Arabia, with a whopping 102 deaths – that’s about a 30% death rate. What’s more, Saudi Arabia confirmed 26 more cases of Middle East Respiratory Syndrome just 2 days ago. But that isn’t the only affected country; 13 other nations are suffering from MERS infections, including:

The seemingly worst part concerning this MERS outbreak is the fact that there is no known treatment. There is no Eastern nor Western medicine, including antibiotics, vaccines, or any other conventional treatment that can aid in this near-pandemic. In fact, the reliance on Western medicine may very well result in an even stronger strain of the virus – one which will prevail for an untold amount of time.

Even the CDC admits that the use of antibiotics have led to unstoppable, super bacteria. A recent report even goes so far as to admit that modern medicine has failed when it comes to managing infectious disease since Mother Nature always adapts to overcome isolated chemical weaponry concocted in some lab. Ever-newer strains of bacteria are developed to out-whit us. The age of antibiotics is coming to an end.

This is even more concerning when you consider that the MERS virus is highly infectious. The virus can spread among the population without requiring direct contact. In other words, it can be transferred through the air – an airborne infection.

“CDC recognizes the potential for the virus to spread further and cause more cases and clusters globally, including in the United States,” the agency said.

Indeed, MERS seems to embody all the characteristics of an extremely dangerous disease:

While scientists have recently found natural human antibodies to the newly-emerging MERS virus which marks a step towards developing treatments, everyone must be careful to not expose themselves to this currently untreatable disease. In the mean time, familiarize yourself with every known healing and preventative tool, not just for this outbreak, but for all future outbreaks. Though Western medicine has it’s place, there is also great value in Eastern medicines herbal, nutritional, and alternative therapies.


Here are 5 natural antibiotic solutions to get you started.