Gasp! CDC Finally Admits the Age of Antibiotics is Finished as Super-Bacteria Take Over 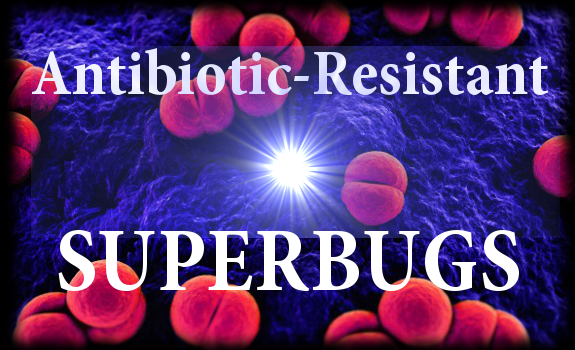 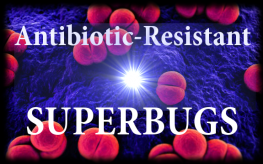 Many of us have come to mistrust government agencies like the FDA, and CDC, but in a startling moment of truth, the CDC now openly admits that antibiotic prescriptions have led to the death of more than 23,000 Americans every year and the calamitous emergence of super bugs that are impervious to our scientific ‘medicines.’ Even the 23,000 annual deaths is being called conservative by the CDC in a new Threat Report 2013 being issued by the agency.

Within these pages the true epidemic of antibiotic resistant  superbugs is outlined as well as a quantifiable look at the way antibiotics have been misused and over-prescribed in a Big Pharma-run world.

The report even goes so far as to admit that modern medicine has failed when it comes to managing infectious disease since Mother Nature always adapts to overcome isolated chemical weaponry concocted in some lab. Ever-newer strains of bacteria are developed to out-whit us. Super bugs are like expert hackers figuring out how to get past the best computer programmer’s firewall, as we still utilize medical programming that originated in the 1950s.

Dr. Tom Frieden, director of the CDC, said in the report, “If we are not careful, we will soon be in a post-antibiotic era” – this has huge ramifications for the current medical system. If doctors and hospitals can’t treat us with prescription drugs, what exactly is their use? We already know that things like cancer and heart disease can be resolved with natural medicine – now even a common infection will need to be treated alternatively.

The CDC says the following three superbugs are the major threat now:

Fortunately, most herbal antibiotics are completely unaffected by super bugs and continue to work since they are integrated into Mother Nature’s overall plan, and have been for centuries. Many traditionally trained doctors have no idea how to prescribe herbal remedies, because they are taught from their first days in medical school to look at everything through the Big Pharma lense.

Many doctors have no clue that silver, copper, aloe vera gel, garlic, cruciferous vegetables, turmeric, lavender, astragalus, and a myriad other natural medicines from cultures around the world have been handling bacteria and viruses for millennia. Here is more information on just 5 natural antibiotics for antibiotic-resistant infections.

It may be an abject failure for the medical establishment, but it is an outright win for natural health. Finally, people will be forced to turn to other methods of dealing with chemical and environmental toxins, super bugs, and heavy metals that run rampant in our society.

The CDC’s Lame Excuse for a Solution

Unfortunately, while the CDC admits the gross failure of antibiotics, their solution is to get more people vaccinated. Considering the vaccines make the immune system weaker, and have been known to cause everything from Autism to dementia, this is not a wise piece of advice – though it is expected. Vaccines also won’t prevent the spread of super bugs. It isn’t time to look for another chemical to treat the problem. Microbiological road blocks would surely rise the minute a new chemical is introduced – the same way that it has with the creation of super bugs. It is time to look at natural solutions.

As Einstein once said, you can’t solve a problem with the same mind that created it. Treating the world for disease won’t happen in a scientists lab, brewing up another concoction of chemicals that Big Pharma can patent and then promote, all while killing thousands of people every year. Its time for a natural revolution to deal with the CDC’s admittance that the current medical model has been less than successful.

One response to “Gasp! CDC Finally Admits the Age of Antibiotics is Finished as Super-Bacteria Take Over”