Chemical Clothing: Which Hidden Toxins are You Wearing? 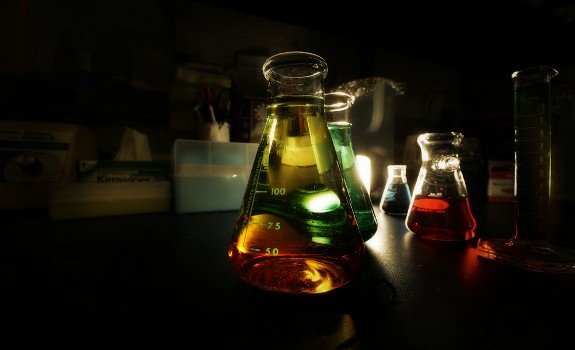 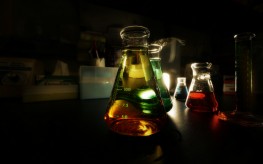 After all the trouble you go through to avoid chemically sprayed foods and toxins in tap and bottled water, now you hear that what you’re wearing may actually be helping to make you sick. But could this really be true? Are clothes toxic?

Toxic chemicals are used excessively for processing garment fibers and also for manufacturing clothes. Asian and third world countries manufacture most textiles and clothes, and their industrial pollution and workplace chemical safeguard standards are usually lacking or ignored. This is a bit concerning as clothing clings to our largest organ – the skin.

Chemical Clothing: How the Garment Industry is Harming You and the Environment

After clothes are made, they are often covered with formaldehyde to keep them from wrinkling or becoming mildewed during shipping. Several severe allergic reactions to formaldehyde have been reported, and investigations have discovered up to 900 times the recommended safe level of formaldehyde in clothing shipped to brand name clothiers from factories in China and Southeast Asia.

These synthetic materials are produced with toxic chemicals, and while they may not produce immediate reactions for most, the long term accumulation of these toxins added to our polluted air, water, and food can cause numerous health ailments, including cancer. Clothing that doesn’t require ironing or is labeled wrinkle free may even contain perfluorinated chemical (PFC) used to make Teflon – this chemical is known to cause health issues.

Another commonly used clothing or textile factory chemical is nonylphenol ethoxylate (NPE). Known as endocrine disruptors, like BPA, nonylphenos have been dumped into adjacent waterways, killing a lot of fish and wild life. This negative effect on sea wildlife is primarily why various concerned agencies in Europe and America restrict its use. But there are no restrictions where the clothing and textile factories are located in China and Southeast Asia.

Dr. Richard Dixon of the World Wildlife Federation warns about the ecological impact on wildlife: “Urgent action is needed to replace hazardous chemicals with safer alternatives especially in clothing and other consumer products.” (Emphasis added).

Lastly, volatile organic compounds (VOCs) and dioxin-producing bleach are used by textile industries, where the materials for clothing are produced. Dioxin is the active ingredient for Agent Orange. Google that if you weren’t around in the 1970s and ’80s.

You Don’t Have to Burn All Your Clothes; Just Protect Yourself from Clothing Chemicals

Given the numerous toxins to avoid in daily life, there is no surprise that most people won’t stress about chemicals in clothing. But there are still some simple measures you can take to reduce toxic exposure.

5 responses to “Chemical Clothing: Which Hidden Toxins are You Wearing?”