This may be the natural answer

While far from being the worst effect of the aging process, the decline in skin quality resulting in issues such as wrinkles and uneven pigmentation is almost universally despised. Thankfully, recent research has found that natural substances such as maritime pine bark can reduce the damage caused by UV radiation, a major contributor to skin aging.

French maritime pine bark is high in bioflavonoids, particularly those known as oligomeric procyanidins (OPCs). These exert antioxidant and anti-inflammatory effects, thus targeting two main drivers of aging; and are found in a wide range of foods, including cocoa, fruits such as apples, pears, and grapes, wine, as well as supplements.

In one study, 112 women with age spots and other symptoms of skin aging such as wrinkles, roughness and uneven pigmentation were instructed to take either a supplement of 100mg of pine bark extract for 12 weeks, or one of 40mg for 24 weeks.

Analysis of the participant’s photographs by dermatologists also stated that scores for pigmentation and sun spots had improved, as well as scores for wrinkles and swelling. 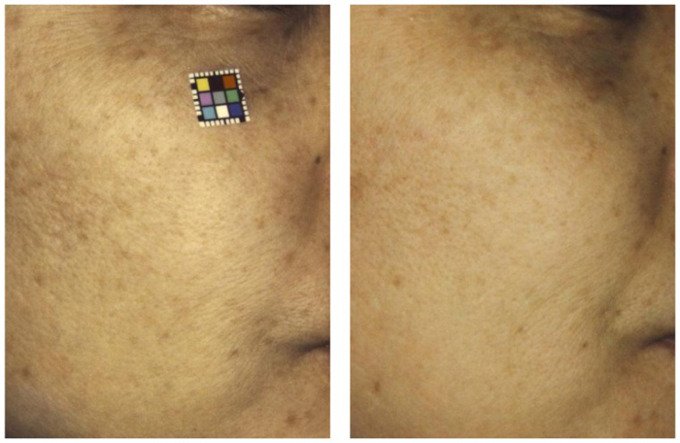 In another study, 20 postmenopausal women were supplemented with maritime pine bark extract, also known as Pycnogenol, for 12 weeks in order to compare cosmetic appearance and the expression of certain molecular markers. After the 12 weeks, hydration and elasticity of their skin had significantly improved, particularly in those who began with dry skin conditions.

In addition to this, standardized maritime pine bark extract has been found to be effective in treating venous insufficiency and retinal microhemorrhages, which could also be a mechanism behind its anti-aging properties as oxygen and nutrient delivery is protected.

Research: A Single Daily Teaspoon of This Can Reverse Aging

The tree substance actually exerts its antioxidant abilities by doubling the production of the cell’s own antioxidant enzymes and by regenerating vitamins C and E, as well as its direct antioxidant effects. It has even been found to improve lung function in asthmatic patients, modulate the immune system, and reduce premenstrual symptoms.

Pycnogenol could also prevent skin aging, especially that induced by UV radiation, as it has been found to protect against sunburn when taken as an oral supplement. This may offer an alternative to chemical sunscreens, which often contain toxic chemicals, especially if applied topically.

Overall, research has suggested that French maritime pine bark can be an effective alternative to frequently toxic cosmetic injections, as it targets the causes of aging and carries additional benefits as opposed to simply masking the symptoms and carrying the potential for dangerous side effects.

One response to “Can This Little-Known Pine Bark ‘Solve’ Skin Aging?”