Dairy Allergies: Why Do So Many Children Suffer from Them?

And what is so different about today's dairy?

The short answer is that dairy farming itself has changed … in a big way.

Whereas it used to be the simple process of milking a cow who just fed on a whole bunch of natural grass and hay, there is now a whole different system in place. Wherever Big Agra dairy farming is conducted on huge corporate husbandry farms, the dairy cows are treated like machines.

They are drugged with antibiotics and bovine growth hormones, and kept in highly restrictive living environments. Not only are the cows often deprived of necessary movement, they are literally milked to death on some dairy farms. 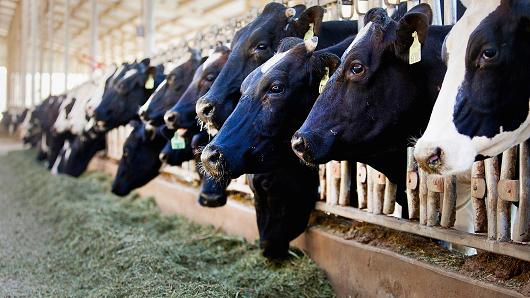 As for the food that is provided for the cows to eat, it is often sprayed with all sorts of chemical fertilizers, herbicides, fungicides, insecticides, etc. The primary foods are grasses, grains like corn and maize, soybean meal and silage. Virtually all the corn and soybean feed products are acknowledged by the farmers as containing GMOs.

Read: 15 Million Americans Suffer from Food Allergies – Could GMOs be to Blame

The Vicious Cycle of Growth Hormone and Antibiotics

In order to get the dairy cows to maximum milk production, they are pumped full of bovine growth hormone. They are also given rounds of antibiotics whenever necessary, so they don’t get too sick in their often substandard living conditions.

This type of synthetic bovine growth hormone — rBST — has come under increased scrutiny because of the serious side effects it produces in dairy cows. Sold under the brand name “Pilosac,” this injected hormone increases the risk of infections and therefore increases the usage of antibiotics. Consequently, a vicious cycle is set up which leads to antibiotic resistant bacteria, as well as “an increased risk of antimicrobial residues in milk“.

“Posilac packaging lists many possible side effects of the drug, including reduced pregnancy rates, visibly abnormal milk, hoof disorders and a need for more drug treatments for health problems. Cows treated with rBST face a nearly 25% increase in the risk of clinical mastitis, a 40% reduction in fertility, and 55% increase risk of lameness.” [2]

So far we have only discussed the growth hormone and antibiotic regimen that many dairy cows are regularly exposed to. It’s common knowledge that whatever the cow eats or is injected with will end up in their milk. Add these two harmful practices to all the other chemicals and “cides” mentioned above and it is easy to see why children are developing allergies and intolerances to all dairy products at an alarming rate. 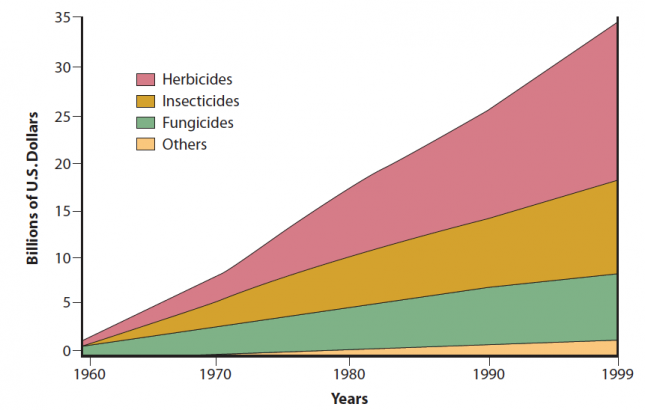 Herbicides, Fungicides, Insecticides Only Add to the List of Toxic Ingredients

It is important to bear in mind that any product that ends in “cide” means that it is a killing agent. You heard of homicide, genocide and suicide. Welcome to the potpourri of herbicides, fungicides and insecticides which are sprayed on the various plants and food components of cow feed.

Because the rules and regulations concerning such usage is so much more lax for cow feed, the amount of these highly toxic chemical agents that are regularly sprayed is not known. Much of this depends on the practices of each farmer or corporate farm that routinely utilizes them.  Nevertheless, it is well known throughout husbandry that cow feed is highly processed and that its ingredients are contaminated with multiple components which have been sprayed at various points.

It is the young, developing bodies of children which are ingesting so many allergy-producing synthetic and toxic ingredients. Their delicate bodies simply do not recognize the milk or butter or ice cream as food because of how profoundly tainted it is with so much extraneous chemical contamination.  Hence, their sensitive bodies produce an immune response to the altered dairy products as a defense mechanism.

Children have now developed a whole host of allergic responses, intolerances, and sensitivities to milk especially.  Because they are encouraged to drink their milk each and every day, children are getting a daily dose of much more than the recommended dosage of calcium and vitamin D.  Some children now suffer from what is becoming known as Dairy hyper-reactivity syndrome.

Truly, this avoidable predicament has produced an epidemic of childhood infections, teenage allergies and young adult illnesses. It has also set many a child on the path of avoidable lifelong ailments and chronic disease. If only the parents knew what they were feeding their unsuspecting children when they purchase their dairy products from any supermarket USA, unless they buy the organic brands of course.

[1] Growth Hormones in Beef and Milk

[2] The Canadian Journal of Veterinary Research, 2003