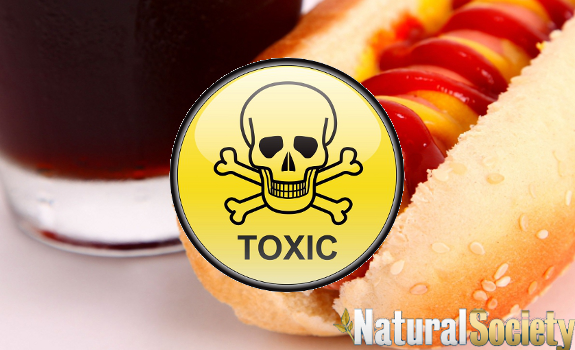 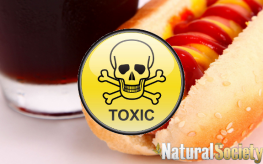 New research suggests it’s not only the junk food that’s causing our children to be bigger than ever—it’s the packaging that the junk food is sold in. Specifically, two common food packaging substances – BPA and phthalates – are causing numerous health problems, including obesity and diabetes.

Dr. Leonardo Trasande from New York University and his colleagues connected childhood obesity to one chemical common in processed food packaging while researchers with the University of Michigan found another link to another chemical, both studies offering more evidence that these chemicals do make it into our bodies and do have detrimental health effects.

The study examined information from a health and nutrition survey paired with urine and blood tests of 766 adolescents ages 12 to 19 between 2003 and 2008.

The first chemical contaminant, a phthalate known as Di-2-ethylhexylphthalate (DEHP) was found to be closely linked to a teen’s risk of insulin resistance, a precursor to type 2 diabetes. DEHP is one of many phthalates used in food packaging, this one to soften plastic drink bottles.

The next chemical culprit that ties food packaging to childhood obesity is our old villain BPA, or bisphenol-A.  Researchers with the University of Michigan-Ann Arbor looked at BPA levels in urine of children between the ages of 6 and 18. While elevated BPA levels were not linked to insulin resistance or blood sugar in this study, they were linked to obesity.

BPA is frequently used in the linings of canned food and is a known endocrine disrupter, suspected to be linked to increased risk of breast cancer, fertility problems, and increased risk of diabetes. Check out this article to read about just 7 nasty effects of BPA.

The Centers for Disease Control and Prevention estimates 1 in 6 U.S. children is obese. That is not only shocking, it’s extremely troubling.

“Clearly unhealthy diet and lack of physical activity are the drivers of this epidemic…but increasingly environmental chemicals are being identified as possible contributors,” said Dr. Trasande.

As parents, there is certainly a responsibility to teach our children good nutrition, but we must also provide them with the right food and food products. This includes healthy food packaging. Avoid buying food in plastic containers and certainly avoid microwaving plastics, which can cause the contaminants to leech into the food. Also, avoid canned goods whenever possible.