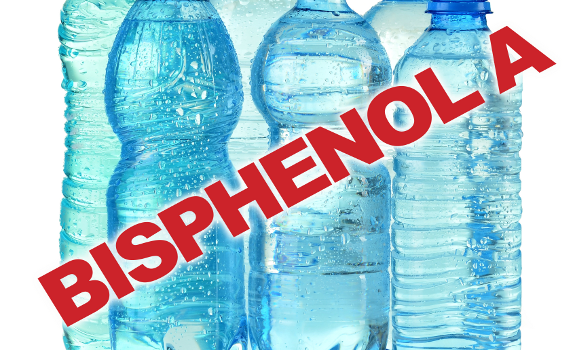 Bisphenol a (BPA) is the widely used chemical found in many plastics, food can linings, and even on US dollars and receipts. Known as an endocrine-disrupting chemical that mimics the hormone estrogen, BPA has been linked to numerous negative health effects in countless studies. The worst part? While the Food and Drug Administration considered banning the chemical in March of 2012, the ban was denied, and BPA continues to be ubiquitous. So what exactly does mean? It means the entire U.S. is still subjected to the chemical’s negative effects.

Here are 7 nasty effects of BPA.

Breast cancer is slowly becoming one of the many well-known negative outcomes induced by BPA exposure. In fact, over 130 studies have confirmed the link between bisphenol A and to ailments like breast cancer, obesity, and reproductive problems. Ironically, the popular nonprofit Susan G. Komen for the Cure partners with many bottled water companies for their ‘For the Cure’ races across the nation. The problem, obviously, is that most of these plastic bottles contain BPA.

While girls typically enter into puberty (or have in the past, at least) at just over ten years of age, studies show that this age has fallen by more than a year within only one generation. Some girls are even seeing breasts at 7 years old. Although there are other factors to consider, BPA may be to blame as well.

After examining 1,151 girls between the ages of 6 and 8 in the United States over a two year period, researchers found that multiple chemical classes were detected at high levels within the girls’ urine. About one-third of the girls went through puberty prematurely.

“Our research shows a connection between chemicals that girls are exposed to on a daily basis and either delayed or early development. While more research is needed, these data are an important first step in evaluating the impact of these common environmental agents in putting girls at risk,” lead researchers Dr Mary Wolff said.

Some research has linked both BPA and phthalates to a disorder known as atherosclerosis. This disorder, which is the hardening of the arteries through the buildup of plaques, negatively impacts blood flow and ultimately increases your risk of heart disease. Shocking, the research is not the first of its kind. One team also found that individuals with higher levels of bisphenol-a in their urine were more than twice as likely to suffer from coronary heart disease than those with lower levels.

4. and 5. Infertility in Males and Females

Bisphenol a has been found to be adversely affecting male genital development, subsequently leading to compromised fertility health. One study examined the effects of BPA on the distance between the genitalia and the anus in males, known as the Anogenital distance (AGD). AGD is very important biologically for a number of reasons, and plays a prominent role in the health of one’s fertility. Researchers found that parental exposure to BPA during pregnancy was associated with shortened AGD in male offspring. In other words, high level BPA exposure led to offspring with AGD defects.

AGD has been linked to fertility in males, making BPA’s negative impact on the male reproductive system noteworthy. Men with an AGD lower than the median, which sits around 52 mm (2 in), have seven times the chance of being sub-fertile as compared to those with a longer AGD.

But males aren’t the only one’s suffering; BPA has been linked to reproductive issues in women as well. In one study, researchers found that BPA caused reproductive problems that can affect women, including abnormal egg development. The eggs of fetuses exposed to BPA had difficulty forming follicles, which ultimately increases the risk of eggs dying before maturation. Additionally, the researchers observed other abnormalities, showing signs that they would carry too many chromosomes as a result of not dividing during development. This could lead to miscarriages or disorders like Down Syndrome.

Further adding on to BPAs long list of negative effects, some research has also found that the chemical disrupts a gene responsible for proper nerve cell function, ultimately leading to compromised brain development. Researchers of the study, published in the journal Proceedings of the National Academy of Sciences, discovered that BPA could damage central nervous system development by disrupting a gene called Kcc2.

“Our study found that BPA may impair the development of the central nervous system, and raises the question as to whether exposure could predispose animals and humans to neurodevelopmental disorders,” study researcher Dr. Wolfgang Liedtke, M.D., Ph.D., said.

Another study found that exposure to bisphenol-A early in life can spark changes in gene expression. The changes occur in a part of the brain called the amygdala, which can lead to increased levels of anxiety.

“Early life exposure to Bisphenol A (BPA), a component of polycarbonate plastics and epoxy resins, alters sociosexual behavior in numerous species including humans. The present study focused on the ontogeny of these behavioral effects beginning in adolescence and assessed the underlying molecular changes in the amygdala.”

Last, but certainly not least, BPA may be one of many factors responsible for the obesity epidemic. One study found that high BPA exposure is associated with obesity in the general adult population in the U.S.