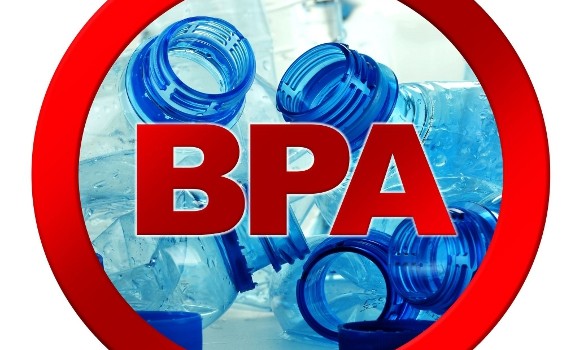 There is growing evidence that points to the serious health threat of toxic bisphenol A (BPA) running rampant in the U.S. and abroad. This chemical is extremely prevalent in the environment, and researchers note that 90% of the U.S. population is ‘contaminated’ with the chemical and don’t even know it. To add to the mounting evidence of BPA’s damaging effects, two studies have concluded that the endocrine-disrupting chemical damages cell pathways and is found in fetuses at significant levels – an indicator of a mother’s exposure and the body’s inability to rid itself of the dangerous chemical.

In one of the studies, published in the journal Molecular Pharmacology, researchers found that BPA acts as a channel blocker, not allowing cells carrying calcium to get where they need to go. In a BPA free environment, calcium ions flow through “channel proteins” so that they can do their job of regulating muscle contractions, enzyme activity and nerve cell communication. The disruptions from BPA are very similar to those caused by drugs that are used to treat high blood pressure or arrhythmia and neurotoxins such as heavy metals.

“Since BPA highly pollutes the environment and is incorporated into the human organism our data may provide a basis for future studies relevant for human health and development,” the study abstract concludes.

In another BPA study, researchers from the University of Michigan found that even fetuses are not protected from the damaging effects of BPA. In fact, the amount of BPA found in fetal liver tissues shows how women are highly exposed to the chemical during pregnancy. After examining fifty fetuses after first and second trimesters of pregnancy, this is what the authors of the study had to say:

“The finding of free BPA in fetuses is significant. … Our research shows that the argument that it’s so rapidly metabolized is not true in fetuses, ” Dana Holinoy of the U-M School of Public Health said.

“The general message from our research is that people have to be cognizant of the fact that the adult body may be able to deal with a particular exposure but a developing fetus may not,” said Muna Nahar, doctoral student in the School of Public Health’s Department of Environmental Health Sciences and first author on the paper.

BPA is a known industrial chemical which is commonly found in items such as drink containers, reusable water bottles, microwave containers, thermal paper, dental fillings, paper money and CD’s. BPA is not new. In fact, it has been around for almost 40 years, wreaking havoc all over the place. Studies have implicated BPA in a number of health conditions such as an increased risk of reproductive problems, heart disease, neurological behavioral problems, and infertility.

Even after studies like these, some governmental agencies such as the U.S. Food and Drug Administration and the U.S. Environmental Protection Agency state that it is impossible for people to be exposed to an unsafe level of the chemical during daily living. While the FDA considered banning BPA in March of 2012, the ban was refused, and BPA continues to be a ubiquitous in the market, compromising the health of millions.

US National Library of Medicine – National Institutes of Health