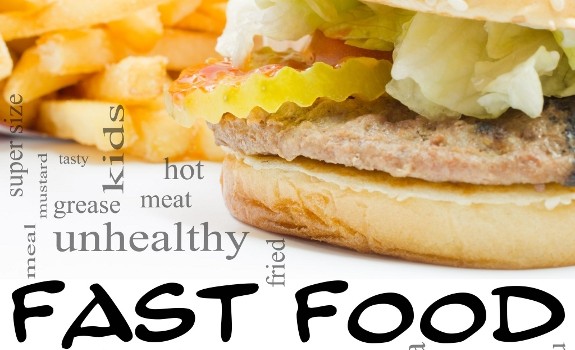 Parents, be careful when feeding your children fast food. Not only has the food been shown to be contributing heavily to obesity, heart disease, and diabetes, but recent research has also found a link between fast food consumption and increased risk for respiratory problems. The study found that children consuming fast food at least 3 times each week are more likely to experience severe allergic asthma, eczema, and hay fever.

Involving over 319,000 children aged 13-14 from 51 countries and over 181,000 children aged 6-7 from 31 countries, the study was conducted using a questionnaire on diet and symptoms of asthma, eczema, and rhinoconjunctivitis. All of the children were involved in a research project known as the International Study of Asthma and Allergies in Childhood (ISAAC) – involving over 100 countries and almost 2 million kids.

“If the associations between fast foods and the symptom prevalence of asthma, rhinoconjunctivitis and eczema is causal, then the findings have major public health significance owing to the rising consumption of fast foods globally,” the authors conclude.

After accounting for the rate of consumption for certain foods such as meat, veggies, fruit, pasta, butter, margarine, nuts, milk, eggs, and fast food/burgers, the researchers concluded that fast food was the only food group to have a link in both age groups. Specifically, they found that 3 or more servings of fast food each week was responsible for a :

Fruit Have a Positive Effect

The researchers also found that consuming fruit 3 times weekly results in a 11% reduction in severe symptoms for teens and a 14% reduction for kids. And if you’re going to turn to fruit for this reduction, you may find the greatest benefit from consuming vitamin C-rich fruit such as kiwi or camu camu. Not only are kiwi fruit benefits astounding, but the vitamin C content found within the fruit has been shown to provide significant protection against respiratory problems.

“What’s clear from this study as that fruits and vegetables turned up as protective factors and fast foods turned up as risk factors,” study researcher Gabriele Nagel, of the Institute of Epidemiology and Medical Biometry at Ulm University in Germany, told Bloomberg. “Our study provides evidence toward giving dietary recommendations in order to prevent asthma and allergies in childhood.”

The research adds yet another reason to avoid fast food at all costs.