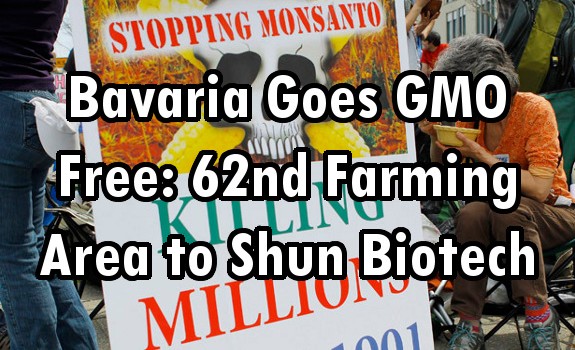 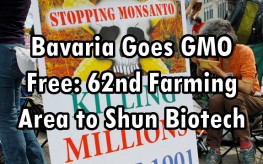 The number of GMO-free countries is growing – especially in Europe. The Bavarian Environment Minister, Dr. Marcel Huber, just signed a GMO Free agreement in Brussels, with the President of the European GMO Free network, and Maura Malaspina, the Environment Minister for the Marche region of Italy. This heralds Germany’s Bavaria as the 62nd region to become GMO free.

The farmers of Bavaria can rejoice, because now biotech seed can no longer infest their farms across nine EU member states, including 18 regions of France, 13 regions of Italy, and all of Austria. Bavaria joins the ranks of those who will now farm without utilizing genetically modified organisms.

Bavaria is a state of Germany, which has over 70,548 square kilometers of farming land, and is one of the largest states in the country. It comprises 20% of all of Germany, and is also the most populated state, with the capital of Munich within its heart. Bavaria therefore, could greatly influence other states to also become GMO free. If the influence of Bavaria alone won’t do it, 62 other regions have already stated at a GMO Free network meeting:

“We reject gene technology from our fields. For our demand for self-determination, we need allies in Europe. The agreement is a clear political commitment and highly symbolic for the people of Bavaria. The vast majority of the population is against genetic engineering in agriculture, risks were not sufficiently clarified. Bavaria stands for high quality regional and seasonal foods. Plant biotechnology is incompatible with the sensitive natural areas and small-scale agricultural structure of the Free State.”

This also means that more EU states won’t be choked by the US-EU Transatlantic Trade and Investment Partnership (TTIP) negotiations, which would force them to utilize GMO seed. Part of the task of the new agreement is to push the German Federal Government to protect people from genetically modified foods, and protect the environment from the damage they cause.

Check Out: Breakdown of GMO Labeling Laws by Country