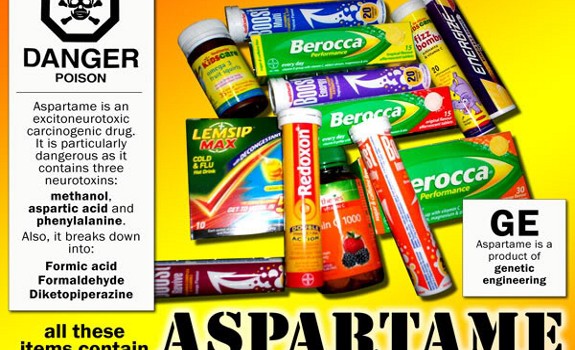 If you switched to diet soda hoping to avoid refined sugar, or any other fizzy drink or aspartame-sweetened food, you are now guzzling down a product created by one of the GM Giants – Monsanto. Many scientists are calling for further study of a genetically modified bacteria which is used to create aspartame, but the evidence is already quite glaring, that the stuff is no good.

It has been a secret until very recently – one that Monsanto clearly didn’t want to get out – that one of the most utilized sweeteners in our food chain is genetically modified. Monsanto insists that it is completely safe; however, simply because there was no modified DNA in the final product. This doesn’t mean that it can’t harm our bodies. A writer with The Independent says, “We have two strains of bacteria – one is traditionally modified and one is genetically modified,” said one Monsanto source. “It’s got a modified enzyme. It has one amino acid different.”

Aspartame is made by combining phenylalanine, a substance that is produced naturally by bacteria with another amino acid that has not been genetically altered.

However, Monsanto has genetically changed the bacteria to create more phenylalanine. When this amino acid chain breaks down, it breaks down into three constituents, including methanol – which has been linked to autism, preterm delivery, and more. This is then broken down in the body to formic acid (which needs to be handled with goggles and gloves in a lab), and formaldehyde (something used to clean drains and embalm dead bodies, and a known carcinogen). It also breaks down into a chemical called DKP, which can cause brain tumors according to a study published on the US Food and Drug Administration’s (FDA) site about aspartame.

Even the National Cancer Institute will tell you that formaldehyde is a cancer risk. From their site:

“Formaldehyde has been classified as a known human carcinogen (cancer-causing substance) by the International Agency for Research on Cancer and as a probable human carcinogen by the U.S. Environmental Protection Agency.”

It seems Coca-Cola, Pepsi, and Monsanto are doing a great job with adding toxic ingredients to our beverages.

5 responses to “Aspartame – The GMO Excrement Polluting Your Body”