Aspartame’s Name Changed to Amino Sweet: A Toxin By Another Name is Still a Toxin 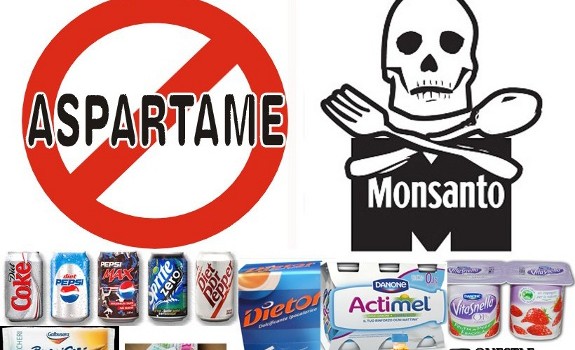 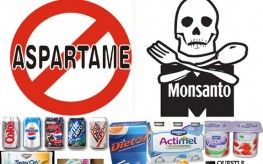 Natural Society has been talking about the dangers of Aspartame for quite some time now. It is a dangerous artificial sweetener found in many of the foods we consume every day, including soft drinks, chewing gum, breakfast cereals, and jams. Now, it’s important to know that aspartame may be disguised as a new name in your favorite foods – aminosweet.

Used as a sugar substitute and often marketed as Nutrasweet and Equal, aspartame is an excitotoxin that destroys the brain and body. Its use has been a controversial subject since the 1980s when the CEO of Searle, Donald Rumsfeld, pushed for it’s approval to be sold on the market. Now, its name is being changed, with FDA approval, to try to dupe millions into purchasing and consuming this toxin once again.

Just as a reminder of who is pushing this excrement – quite literally – on the consumers of the United states, it was Mr. Rumsfeld who went on to become George W. Bush’s secretary of Defense, and crony-Capitalist agenda-pusher. This one substance has continually been shown to cause harm to human health, so why is the FDA renaming it instead of banning it completely from the food supply? There is considerable evidence that artificial sweeteners cause cancer, including aspartame specifically – so why not name it something more appropriate at least? ‘Sickeningly Sweet’ might be more appropriate.

Even saccharin eventually had to be made with a label, mandated by Congress, that says, “Use of this product may be hazardous to your health. This product contains saccharin, which has been determined to cause cancer in laboratory animals”. The FDA’s own toxicologist, Dr. Adrian Gross told Congress that without a shadow of a doubt, aspartame can cause brain tumors and brain cancer and that it violated the Delaney Amendment. Aside from cancers and tumors, top researchers have linked aspartame with the following symptoms and diseases:

European scientists have been telling us about the dangers of aspartame since 2005. Why on earth is it still allowed in our food? Partly? Because a politically biased FDA, then swayed by Rumsfeld’s corporation, said that the European Food Safety Authority (EFSA)’s decision about aspartame was not conclusive enough to prove that it was a dangerous substance, and that there was no “further review [on an] earlier scientific opinion on the safety of aspartame or [reason] to revise the Acceptable Daily Intake.”

The problem, and what more research concluded, is that aspartame breaks down into something called Phenylalanine, among other things. This can cause a disorder known as Phenylketonuria.

“. . .one in 15,000 people in the world has a genetic disorder called Phenylketonuria. Their bodycan’t metabolize synthesizde phenylalanine. As it builds up in the body, it causes all sorts of bad things to happen, such as mental retardation, seizures, and other brain damage. People suffering from Phenylketonuria (or PKU) are called phenylketonurics. They need to constantly monitor their protein intake. They are also warned about consumption of products containing aspartame – hence the warning on labels – ‘Phenylketonurics – contains phenylalanine.”

Not only that, but aspartame is also chemically addictive to the body, even though it damages it profoundly – just like other drugs. This is why food makers want to put it in their products – so you will buy more of them.

Aspartame, or Amino Sweet – its all the same toxic substance. Watch out for it on food labels. Eat honey, apple sauce, raw, non-GMO sugar, and other REAL food sweeteners instead. You deserve to live a sweet life without being a sucker.

9 responses to “Aspartame’s Name Changed to Amino Sweet: A Toxin By Another Name is Still a Toxin”