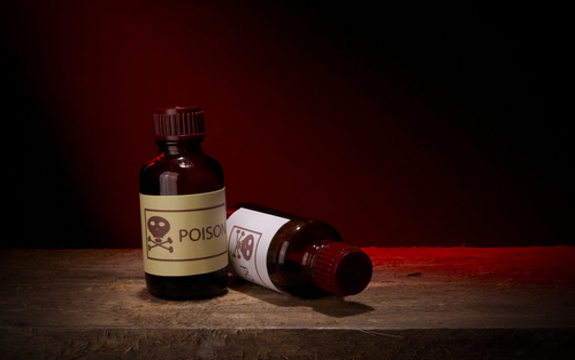 One would think that with the extreme and almost omnipresent dangers of aspartame that there would be far less of the substance on the market compared to a decade or two ago. But, with fully sanctioned advertisements telling you just how great products are which contain aspartame, there seems to be no end in sight for this dangerous edible chemistry experiment. There have been, however, several dozen studies on just how viable the purely artificial sweetener actually is for the human body, mostly ignored by the general populace and still consumed just as much of the sweetener as before. Among these studies is a comprehensive one on Methanol, the primary alcoholic component used in the production of aspartame

A retired food scientist and Professor Emeritus of Food Science and Nutrition at the Arizona State University Dr. Woodrow Monte describes how the toxic chemical methanol and it’s use in the production of aspartame and other chemicals could be a main factor in causing spina bifida, preterm delivery, multiple sclerosis, cancer, and more recently, autism in young children. It is also the primary factor in other developing chronic diseases and health conditions.

In his findings, Dr. Monte evaluates the role of methanol in relation to human health. Since it is only a recent addition to the mainstream diet due wholly to processing and chemical synthesis not in existence prior to the 20th century, it would be fairly important to determine whether or not the chemistry is soluble with the human diet. What he discovered would undermine aspartame entirely if given enough attention: methanol is formed in the body as formaldehyde, known to cause cancer and generally be highly damaging to human health. He has also determined that methanol metabolizes in many other organs of the body, not just the liver.

He had this to say on his own website, whilesciencesleeps.com:

“Methanol is particularly dangerous to humans, more so than any other animal […] When humans consume low doses of methanol it is metabolized directly into formaldehyde which is a cancer producing agent of the same level of danger as asbestos and plutonium.”

Dr. Monte, unlike a great many of his colleagues, is not subject to the influence of high powered food corporations; his interest comes genuinely to help the people understand what is actually in their food products and to prevent them from consuming the product of ill intentions.