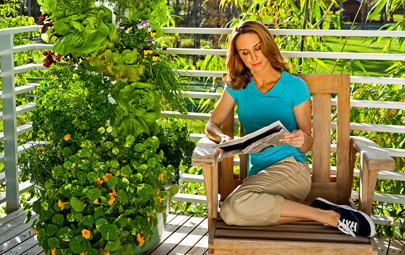 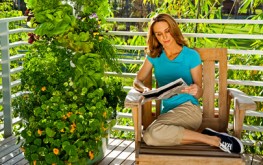 What if you could grow more food with less water in something that takes up only 8 square feet of your livable outdoor space? You also won’t need soil, and you’ll do no weeding. Further, you’ll enjoy organic, pesticide and herbicide free food that you grow yourself. Sound too good to be true? A company making something called the ‘Pyramid Garden’ has you covered.

The pictures on their site are hard to believe, but these growing systems might be the answer to poisoned soil, limited growing space, and shrinking water supplies.

The plants grow by spraying nutrient dense water on the roots that hang inside the pyramid. As excess water drips back into a tray, it is filtered and recycled. Since these novel systems reduce the need for water by up to 80%, they could  answer food sovereignty in places that are already experiencing droughts.

These are places like California, which is suffering from water shortages across 60% of the state. Other states include Salt lake City, Utah, Nashville, Tennessee, and Greenville, South Carolina – all states currently suffering from low water tables.

Desertification of many countries is also causing droughts, making viable crop acreage more and more scarce. Imaginative systems like the Pyramid Garden may be able to make a difference.

Since the Pyramid Garden doesn’t use soil, that means that the millions of acres of polluted land that has been drenched with glyphosate, neonicotinoids, and other pesticides could be remedied while people still had access to organic food. Even garden soil can become toxic and needs to be ‘fixed’ before anything should be planted in it.

The best part is that these systems are not pricey, and food can be planted intermittently so that you don’t have to harvest it all at once.  This could also allow for rotation of crops in areas where there is little land. This is good since some foods could be grown with the Pyramid Garden while plots of land were grown over with cover crops, putting nutrients back into the soil.

American agriculture could be much improved with soil remediation. These systems could give our soil a much needed rest. 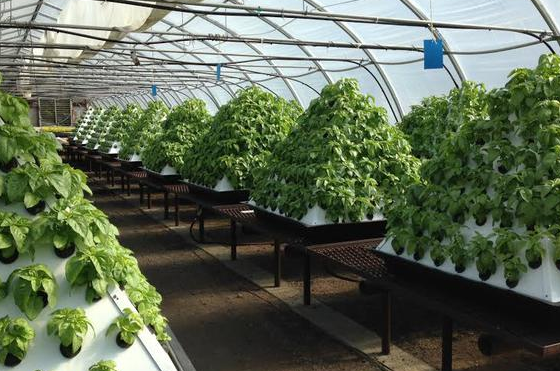 While this isn’t the only creative idea to address the growing concerns over agriculture created by biotech bulldozing, it is a great start. Other small-scale programs to give people sustainable organic growing practices are also part of the solution.