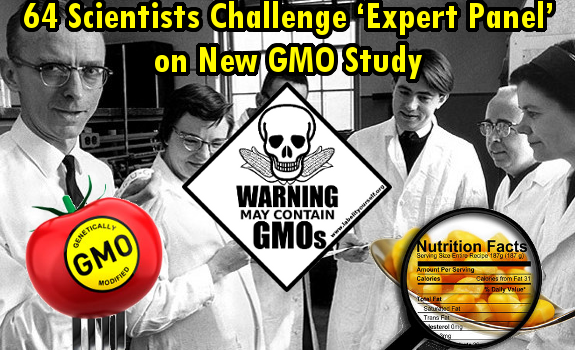 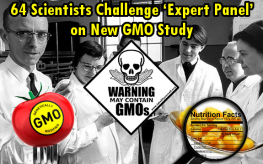 In an open letter addressed to the U.S. National Academy of Science’s National Research Council (NRC), 64 established scientists, researchers, and professionals have criticized the ‘committee’ which the NRC has gathered to do a new study on genetically modified organisms. Biotech has infiltrated the scene once again, minimizing real, unbiased scientific findings that the public should be privy to.

According to the NRC, they are being ‘fair’ since “the committee was drawn from nominations submitted, considering the full range of expertise and experience needed to address the study’s statement of task.”

Odd, since the proposed new NRC study, “Genetically Engineered Crops: Past Experience and Future Prospects” is nothing more than a nod to biotech. They also offered the public an opportunity to comment on the committee’s composition through August 5th, hardly giving anyone a chance to find out about the study, let alone comment on it.

While the report is supposed to put public concerns to rest, giving the “purported negative” and “purported positive” impacts of GE crops and their associated technologies (e.g. pesticides), an slated for publication tow whole years form now after an 18-month research period ensues, it is far from ‘independent’ or ‘objective.’

“As scientists and researchers, we are deeply disturbed by NRC’s creation of a panel that appears predisposed to endorse GE crops, without undertaking a balanced and evidence-based assessment of the real-world impacts of the technology.

A successful investigation of the complex agronomic, ecological, economic, social, political and cultural impacts of GE crops around the world demands a panel of highly skilled experts trained in the social sciences and in multidisciplinary analysis, and having real-world experience beyond the microscope.

Very few individuals on the proposed committee possess this expertise, a few exemplary exceptions notwithstanding. As currently configured, NRC’s panel has nowhere near the scholarly or real-world expertise required to produce a credible product.”

The 64 questioning the NRC note that the draft slate is:

“dominated by researchers from the biophysical sciences, the majority falling within a narrow range of disciplines and fields, with most scientists focusing their research at the cellular or molecular level…and [working] within a GE crop development framework.”

Where are the farmers who have used both GM and non-GM seed? Where are the specialists in pesticide exposure, or the scientists that found amphibians were becoming non-reproductive after exposure to Syngenta’s pesticides? What about law professionals, international development experts, or even food sovereignty experts or ecologists?

“The Committee cannot hope to begin to fulfill its broad mandate of examining the historical, social, political, cultural and other complex impacts of GE crops and their associated technologies on farmers and communities, whether in the U.S. or around the world.”

In another letter submitted by 21 scientists and researchers on August 4th, NRC was heavily criticized for failing to diversify the range of institutional interests represented on the panel.

It is clear that the NRC is supporting biotech. This report will not speak of GM dangers, pesticide and herbicide contamination of our crops, and seed monopolies which leave farmers starving in multiple countries. The NRC is a joke, like all the other appointed, infiltrated agencies of the US government.