Infertility a Problem for About 1 in 6 Couples: Several Factors to Blame 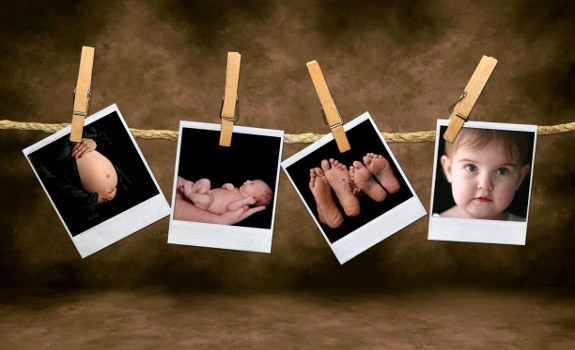 Infertility is not something that comes up in daily conversation. It’s not like ADHD or obesity—things that are often talked about as people discuss their struggles. But like obesity and ADHD, there is a great possibility that the increasing rates of infertility can be tied to diet and environmental factors.

According to a new study from the National Institutes of Health, around 15 to 16 percent of couples attempting to conceive couldn’t after a year of trying. That’s a rate of about 1 in 6. Other studies have shown similar rates, and what’s perhaps most troubling is that these numbers are on the rise. According to the Canadian census, for example, infertility rose there from 8.5 percent in 1992 to 15 percent in 2009-2010. That’s a dramatic jump.

In reporting on the phenomena, Reuters says the increased infertility could be due to people waiting longer to have children (a definite possibility), or, they say, “more controversially, to the possible effects of environmental toxins.”

The idea that environmental toxins or foods in our food system could be to blame shouldn’t be controversial, but it is. Apparently, when large corporations (like Monsanto) are possibly behind the cause, it is more salacious.

Some “Controversial” Causes of Infertility

Possibly the most controversial cause of infertility surround genetically modified foods. One Russian study conducted last year involved rats fed a completely GMO diet. After three generations, the rats were sterile, experienced slow growth, and even had hair growing in their mouths. This was similar to findings of an Austrian study, where infertility occurred in the 4th generations.

Could the proliferation of GMO foods in our diets be to blame for increased infertility? It’s entirely possible given the fact that we often don’t know which foods contain GMO corn or soy (hint: most non-organic foods in the U.S. containing any corn or soy).

For men, Monsanto’s best-selling herbicide, RoundUp, could be wreaking havoc on reproductive health. In lab rats, RoundUp was found to damage and kill testicular cells. It decreased testosterone concentrations among the rats by as much as 35%

Plastics may play a role too. There’s no arguing the hormone-disrupting effects of BPA, a chemical found in most plastics and food containers. But, plastics also contain similar estrogen-mimicking compounds. Phthalates are found in high concentrations in the urine of Western adults and have been linked to pregnancy complications. One Danish study found that women who suffered miscarriages had 30% hjigher rates of a vinyl phthalate DEHP in their urine.

But, the possible links to infertility don’t stop there.

Poor diet in general can affect your fertility. Being obese can significantly increase the struggle to get pregnant, and even if your mother was obese, you could be feeling the effects. A study reported in Endocrine Society found that female mice whose mothers had decreased ghrelin (a hormone) had more problems with fertility and were more likely to have smaller litters when they did conceive. Ghrelin is linked to appetite control and is significantly lower in obese women. In addition, obesity can lead to a higher rate of c-sections and a greater risk of pregnancy troubles.

But the women aren’t alone. Researchers have found a steady diet of junk food including trans fats can affect sperm health in men. In a study involving young men ages 18 to 22, Harvard researchers found that those who ate the highest levels of trans fats had the highest risk of infertility and at the very least had severely damaged sperm.

So, what’s causing infertility? It could be any one of these factors or a combination of them all. But the take-away should be that a conscientious proper diet of natural, non-GMO foods can increase health overall and possibly improve your chances of conceiving a child.

One response to “Infertility a Problem for About 1 in 6 Couples: Several Factors to Blame”