Will this mark history in medicine?

The world’s first head transplant is schedule to take place in December 2017. The procedure is expected to take 36 hours and will require that the head of the patient, Valery Spiridonov be cooled, as well as the donor’s body, to extend the period in which cells can survive without oxygen. [1]

“When I realized that I could participate in something really big and important, I had no doubt left in my mind and started to work in this direction,” Spiridonov, a Russian computer scientist, told CEN. “The only thing I feel is the sense of pleasant impatience, like I have been preparing for something important all my life and it is starting to happen.”

Spiridonov was diagnosed with a genetic muscle-wasting condition called Werdnig-Hoffmann disease, and volunteered for the procedure, despite its extreme risks.

The National Organization for Rare Disorders (NORD) describes Werdnig-Hoffman disease as an illness that leads to:

“…muscle weakness of the truncal, and extremity muscles initially, followed by chewing, swallowing and breathing difficulties. Motor neurons are nerve cells that transmit nerve impulses from the spinal cord or brain (central nervous system) to muscle or glandular tissue.” [2]

Werdnig-Hoffman disease is caused by “degeneration of nerve cells (motor nuclei) within the lowest region of the brain (lower brainstem) and certain motor neurons in the spinal cord (anterior horn cells),” according to NORD. 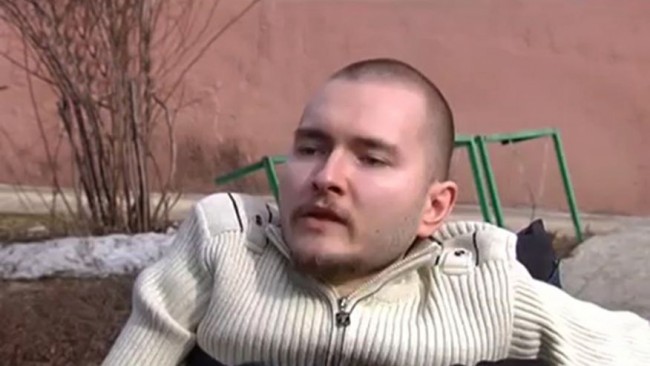 The day-and-a-half-long procedure will be performed by Dr. Sergio Canavero, an Italian neurosurgeon, and his newly found partner, Chinese surgeon Ren Xiaoping. Canavero announced at a science conference in northeast China that he and Ren plan to assemble a dedicated medical team tasked with helping to give the Russian patient his new body. [3]

Ren claims to have conducted over 1,000 head transplants on mice, but so far the longest the mice have survived is one day. He says a successful human head transplant is just a matter of putting the relevant techniques together to carry it out. It’s also interesting to note that this surgeon’s goal is reportedly immortality. [2]

As reported by The Independent:

“The procedure — which Canavero has admitted is just a first step towards his ultimate aim of creating immortality — will see a man’s head removed and placed on a donor’s body.”

For Spiridonov’s surgery, the new body would come from a transplant donor who is brain dead but physically healthy. Both Spiridonov’s and the donor’s heads would be severed from their spinal cord at the same time with an ultra-sharp blade to make them clean cuts.

Spiridonov’s head would then be placed on the donor’s body and attached with polyethylene glycol, a glue-like substance, to fuse both ends of the spinal cord together. (Canavero refers to this as his “magic ingredient.”)

The surgeons will then stitch up Spiridonov’s muscles and blood supply before placing him in a coma for four weeks to prevent him from moving while the head and body heal together.

When he wakes up, Spiridonov should theoretically be able to move, feel his face, and speak with the same voice. He will be given potent immunosuppressant drugs to keep him from rejecting the new body.

The surgery is scheduled to take place at a hospital affiliated to Harbin Medical University in Heilongjiang, China.

“…according to Canavero’s calculations, if everything goes to plan, two years is the time frame needed to verify all scientific calculations and plan the procedure’s details…it isn’t a race. No doubt, the surgery will be done once the doctor and the experts are 99 percent sure of its success.”

But the surgeons face a unique and foreboding set of obstacles before they can conduct the transplant, and the surgery has raised a number of ethical questions – most specifically, whether it’s fair to give an entire body full of potentially transplantable healthy organs to just one individual.

And many critics say Canavero’s ideas will never take flight. He has been compared to the fictional gothic-horror character Dr. Frankenstein, and Arthur Caplan, the director of medical ethics at New York University’s Langone Medical Centre says Canavero is “nuts.”