30,000-Year-Old Virus from Siberia About to be ‘Awakened’

Why unleash a super virus that has long slumbered?

After unearthing a 30,000-year-old virus from the icy wasteland of Siberia, scientists plan to awaken it under the premise of ‘fear that a warming climate will awaken dangerous microscopic pathogens.’ One might ask; however, what is the real reason that scientists want to unleash a super virus that has long slumbered?

Though scientists ‘plan to make sure the virus won’t cause damage to plants or animals’ of the modern age, French researchers announced the discovery of Mollivirus sibericum, the fourth type of pre-historic virus found since 2003. In order to qualify as a ‘giant’ virus, as this is not just an inflated metaphor to describe the pathogen, it must be longer than half a micron, or .00002 of an inch. Found in northeast Russia, Mollivirus measured at .6 microns.

One of the lead researchers, Jean-Michel Claverie, explained:

“A few viral particles that are still infectious may be enough, in the presence of a vulnerable host, to revive potentially pathogenic viruses.”

In a world of antibiotic resistance, super bugs, and other medical non-miracles, why in the world would you want to wake a sleeping beast?

Though the researchers plan to give the super virus life by inserting it into a single-celled amoeba, what is to keep this once-icy pathogen from falling into the wrong hands?

With drug-resistant super bugs at an all-time high, this is taking mad science to whole new level of madness. According to the Centers for Disease Control and Prevention (CDC), there are more than 17 types of antibiotic-resistant microorganisms that kill an estimated 23,000 Americans each year. 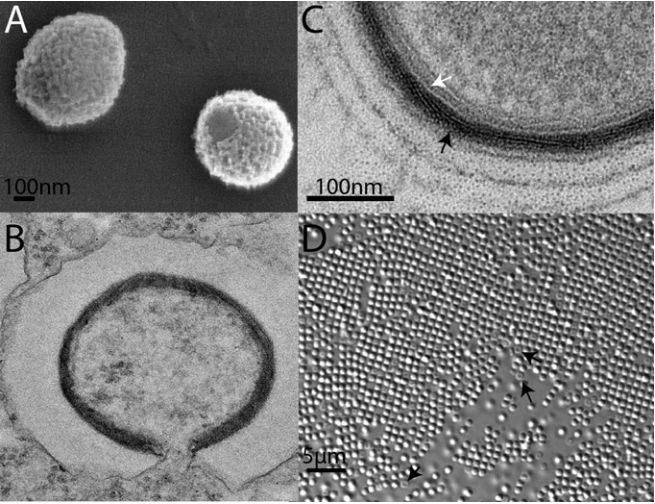 “Our strongest antibiotics don’t work and patients are left with potentially untreatable infections,” CDC director Tom Frieden said in an agency report two years ago. And how do we make antibiotic resistant super bugs flourish, aside from awakening 30,000 pathogens that are not currently an issue?

Antibiotic use aside, commercial formulations of the herbicides containing Dicamba, 2,4-dichlorophenoxyacetic acid, and glyphosate are shown in a study to induce an adaptive multiple-antibiotic resistance phenotype.

“Killing curves in the presence and absence of sublethal herbicide concentrations showed that the directions and the magnitudes of responses varied by herbicide, antibiotic, and species. When induced, MICs of antibiotics of five different classes changed up to 6-fold.”

But sure, unleashing a Frankenvirus amid the Franken food fields is a wonderful idea, right?