Here is how most mushroom related-illnesses can be prevented

“Fewer than 1% of the estimated 10,000 mushroom species in North America are poisonous, according to the North American Mycological Association.” [1]

This factoid has led various researchers to the conclusion that there is something about the management of edible mushrooms which has caused so many cases of illness. Since mushrooms are a fungi, they have their own unique mycotoxins which will proliferate due to unsafe collection and storage.

Especially in those countries where mushroom foraging is popular is the incidence of contamination greater. When the mushrooms are not consumed soon after harvesting, or stored improperly, the risk of being contaminated with toxic micro-organisms increases appreciably. These mycotoxins vary by species.

Of course, when all of these circumstances are present (old mushrooms stored in plastic bags in hot weather), the likelihood of gastrointestinal upset significantly rises. In any case, it is usually the same pathogenic microorganisms which cause the sickness. It is also a deficiency of a certain intestinal enzyme which allows the GI tract affliction to persist.

Related: Shiitake Mushrooms – One of the Healthiest Fungi in the World

“Fragments of decaying mushrooms may remain in the stomach for three days, causing gastrointestinal symptoms, according to the study. These symptoms may be due to low activity of trehalase, an intestinal enzyme.” [1]

Polish Study Revealed the Dos and the Don’ts

There are 3 major factors which contributed to the morbidity of mushroom-triggered illness. 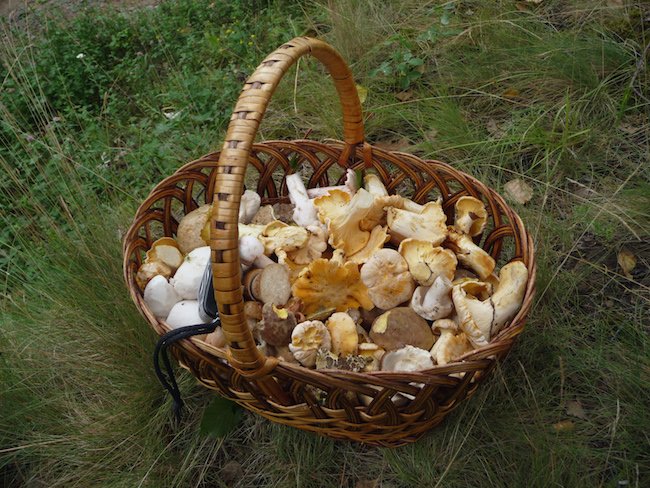 The back-to-nature movement has seen more Americans try their hand at wild mushroom picking. The three circumstances delineated above are often present during the summer mushroom-growing season. Hence, it behooves every mushroom lover to be aware of how easy it is for mushrooms to become toxic … even though they are not the poisonous variety.

In the event that a family member or friend complains of the following symptoms after eating mushrooms, either wild or store bought, treating it as a gastrointestinal toxicity can quickly mitigate the discomfort.

“Symptoms such as nausea and vomiting occurred up to four hours after ingesting wild mushrooms and lasted one to three days. Hospitalization was required in 5.3% of cases.”

Whenever nausea, vomiting and diarrhea are present, making a quick trip to the doctor’s office is highly recommended. If the symptoms continue for more than 3 days, it’s essential to acquire a qualified diagnosis. Any degree of dehydration ought to be treated expeditiously.

It’s not poisonous mushrooms; rather, it is the mishandling of wild edible mushrooms which has given rise to sickness. More specifically, it’s the various mycotoxins, which proliferate on various species of edible mushrooms the older they are and the hotter the weather, that are detrimental to health.

Many species of mushroom can develop mycotoxins when mismanaged. Mycotoxins ought to be avoided by anyone whose immune system is severely compromised. There are several conditions of the digestive system, such as chronic candida overgrowth, that warrant a diet completely free from any fungi foods.