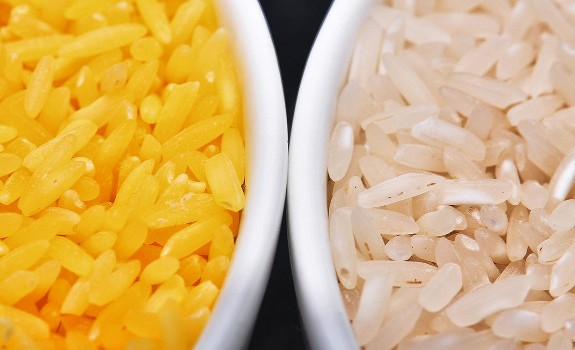 “Golden rice” was created by genetic modification to deliver half of a child’s daily requirement of vitamin A in a single bowl. Research on the GM-grain was carried out in China, where children were fed the rice and the effects were measured. But from the onset, the study was filled with controversy. Now, that controversy has come home and the American researcher who led the study is being sanctioned for violating ethical rules. Needless to say, the GMO rice is potentially dangerous.

According to NPR, Tufts University carried out an investigation into the study led by their own Guangwen Tang. Prior to the Tuft’s investigation, much of the criticism against the golden rice study was chalked up to “anti-biotech backlash”. Now, however, officials know the criticism to be legitimate.

The golden rice study was published last year and was met with criticism by Greenpeace China, who called the study a scandal and alleged parents weren’t informed about the genetically modified nature of the rice. They accused Tang and her team of feeding Chinese children “a potentially dangerous product” without telling their parents.

Chinese media took the allegations and began investigating. They uncovered cut corners and even an email from a Chinese official that implied the study should hide the fact that the rice was genetically manipulated. The email said the Chinese official would drop any mention of genetic modification from the documents because it was “too sensitive”.

As a result, the Chinese government announced it was firing several researchers there who were involved, claiming they didn’t obtain the proper approvals for the study.

One year later, Tufts has released the findings of their own investigation.

Tufts University officials say the study was “not conducted in full compliance with… policy or federal regulations.” The researchers made changes in the study without prior approval and they did not “adequately explain the nature of golden rice” to the study participants.

As a result, Guangwen Tang is banned from researching on humans for two years. Once able to practice again, any research she conducts will be supervised for another two years.

Genetically modified foods like golden rice are marketed under the banner that they are good for us all—that they solve a problem within the food system, whether that be malnutrition or food shortage. But, we know these arguments to be completely one-sided.

That a U.S. research team used Chinese children as lab rats without their parents informed consent is deplorable. The prevalence of genetically modified foods in the U.S. food system, without labeling or transparency to the American public, is similarly deplorable.