Next Generation GMOs: Questionable Nanoparticles are in Your Clothes, Organic Food 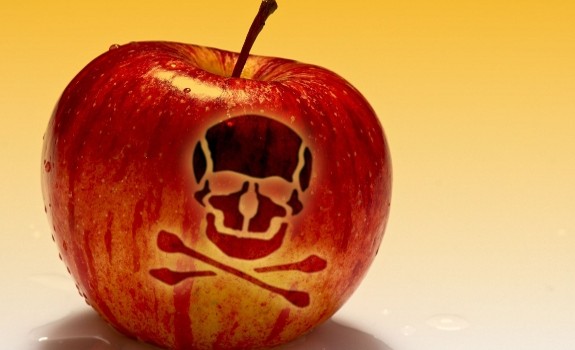 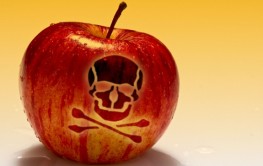 Are you aware of nanotechnology and nanoparticles? Nanoparticles are tiny—like really tiny. A piece of your hair is about 100,000 nanometers wide; it’s the unit of measurement that your fingernails grow in a single second, but their size isn’t the only problem. Nanoparticles are potentially toxic, according to the Alliance for Natural Health (ANH), and they are found in everything from certified organic foods to clothing.

How nanoparticles ended up in organic foods requires a little bit of background.

Part of the FDA’s job is to regulate  food additives, among other things. In 1958, the agency created the GRAS (generally recognized as safe) designation to exempt some foods from needing approval. This meant that foods on the GRAS list were not analyzed by the FDA, but simply “recognized as safe” and not needing further research.

Initially, things like salt and nutmeg were added, but overtime more and more additives were added to the list.

In 1997, the FDA decided to let food makers determine what would be considered GRAS and created a voluntary notification system in which these food producers could inform the FDA of any new additives that they believed belonged in the GRAS group. No rules were really set on how food producers were to make this determination. So, most of them hire someone to say the additive in question is safe, submit a notification to the FDA, and get their additive a spot on the GRAS list.

Since the voluntary notification system was created in 1997, the list has grown by 451 additives. In all, there are more than 4,300 ingredients on the list– ingredients that are “generally recognized as safe” and given the green light to be added to your foods, even your organic foods. Nanoparticles are included.

In 2010, the Government Accountability Office issued a report alleging the FDA was not doing enough to ensure the safety of additives in the food supply. They were motivated in part by the growing use of nanoparticles in our food system. Six recommendations, including that the FDA actually “assess the continued safety of GRAS substances”, were made. To date, none of them have been implemented.

Read: Nanoparticles Could be Giving You Cancer, Nutritional Deficiencies

As ANH reports, engineered nanoparticles (those that are deliberately created rather than naturally produced):

“are more reactive and potentially more toxic; are often less stable; have the potential to pass the blood-brain barrier and the placental barrier; can migrate to different tissues and organs; and can increase the bioavailability of other toxins.”

Though admittedly, the FDA seems to be focusing on nanotechnology more than before:

“At this point, in terms of the science, we think it’s likely the exemption does not apply and we would encourage folks to come in and talk to us…This is an emerging, evolving technology and we’re trying to get ahead of the curb to ensure the ingredients and substances are safe,” said Dennis Keefe, director of FDA’s office of food additive safety.

The federal government has misplaced trust in the food industry, or simply turns a blind eye to their transgressions. Like genetically modified foods, nanoparticles are being warned against based on the lack of thorough safety (in addition to the known complications). Similarly, nanotechnology is believed by some to be the ‘next industrial revolution’, but like genetically modified foods, it has never been proven totally safe for use or consumption.

The Alliance for Natural Health has created an Action Alert to “Tell the USDA that Nanotechnology Has No Place in Organic Foods.” You can do your part by taking action.