How to Maintain Important Vitamin B12 Levels, Even as Big Pharma Lowers Them 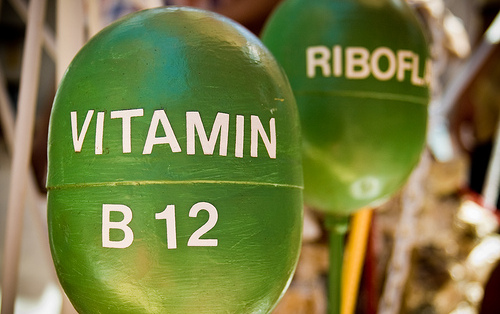 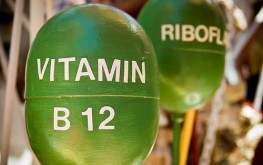 Vitamin B-12 deficiencies are often attributed to vegetarians who don’t supplement. But those who use pharmaceutical stomach acid reducing drugs, whether prescribed or over-the-counter (OTC), are also in danger of becoming vitamin B-12 deficient. B-12 deficiency is often considered a silent epidemic because it is usually under diagnosed in the face of several symptoms, which include chronic fatigue, as well as cardiovascular and neurological disorders that are misdiagnosed.

In a recent study, researchers compared the medical records of nearly 26,000 members the Northern California Kaiser Permanente sick care provider plan who were diagnosed with a vitamin B12 deficiency between 1997 and 2011, and nearly 185,000 people with healthy B12 levels. The study determined an association between using acid-reducing pharmaceuticals and vitamin B-12 deficiency.

Pharmaceuticals, whether prescribed or over-the-counter, produced to control stomach acid include: proton pump inhibitors (PPI) and histamine 2 receptor antagonists (H2RA). Those who rely on pharmaceuticals to treat GERD (gastroesophageal reflux disease), peptic ulcers, or other digestive issues from too much stomach acid are negatively impacting their B-12 levels, even as meat eaters. This usually results in bouts of fatigue and leads to increased cardiovascular disease risk.

Meats are a prime source of vitamin B-12, but supplementing works fine. Adequacy standards for B-12 are set too low on both the low and high ends, and are commonly overlooked factors in vitamin mainstream deficiency studies, as I have witnessed with several vitamin C, D, and B6 studies.

Vitamin B-12 deficiency is often behind low energy, chronic fatigue, is a usual source of anemia, and allows too much homocysteine build-up, a reliable marker for impending cardiac arrest. Blood serum testing has a problem because it doesn’t take into consideration what’s called the intrinsic value, the potential for metabolizing B12 on a cellular level.

Types of B12 and Supplementation

However, the most commonly used B-12 by AMA doctors is cyanocobalamin, which many say actually impedes B-12 metabolism. Methylocobalamin, on the other hand, is used by the enzyme methionine synthase to change homocysteine into methionine. Less homocysteine is a good thing for those flirting with cardiovascular issues.

So regardless of whatever method you use to supplement B12, sublingual lozenges, transdermal patches, liposomal formulas, or injections, use only methylocobalamin. And make sure your B6 and folate levels are adequate to optimize the B12 intake. If serum testing is not available or beyond budget, there is little concern for overdosing. It’s estimated that oral sublingual ingestion of 1000 mcg (micograms) of B12 daily for at least a month or more approximates a twice weekly B12 injection.

For more on how much isn’t too much, read about the UK doctor who treated misdiagnosed MS and chronic fatigue patients by injecting them with B12, even while their B12 blood levels were considered already above normal.