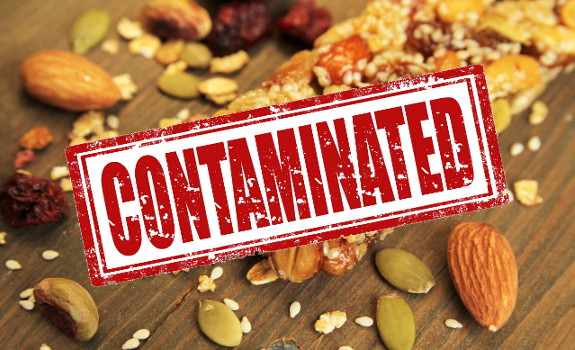 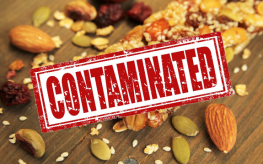 Glyphosate is the active ingredient in Monsanto’s RoundUp herbicide, and contaminates much of our food and water supply. In the U.S., there’s a good chance it’s not only present on your dinner plate, but in your bloodstream as well. Because the U.K. and E.U. aren’t quite so cozy with Monsanto,they aren’t as accustomed to finding remnants of the poison in their foods. But a recent investigation found two of the top British brands have the weedkiller inside.

As reported in The Ecologist, Jordans brand cereal bars and Warburtons brand bread products are quite popular, and both registered traces of glyphosate in a recent analysis. Of those tested, 100% of the Jordans bars and 85% of the Warburtons products contained the pesticide. The levels of contamination were “well below” the maximum residue levels in the E.U., but they are still cause for concern.

According to researchers Anthony Samsel and Stephanie Seneff, writing in the journal Entropy, there is plenty to be concerned about:

“Glyphosate’s inhibition of cytochrome P450 (CYP) enzymes is an overlooked component of its toxicity to mammals. CYP enzymes play crucial roles in biology, one of which is to detoxify xenobiotics. Thus, glyphosate enhances the damaging effects of other food borne chemical residues and environmental toxins.

Negative impact on the body is insidious and manifests slowly over time as inflammation damages cellular systems throughout the body. Here, we show how interference with CYP enzymes acts synergistically with disruption of the biosynthesis of aromatic amino acids by gut bacteria, as well as impairment in serum sulfate transport.

Consequences are most of the diseases and conditions associated with a Western diet, which include gastrointestinal disorders, obesity, diabetes, heart disease, depression, autism, infertility, cancer and Alzheimer’s disease.”

We often think of Roundup as only being used on genetically modified crops—something that’s not approved for growing in the U.K., at least not for humans. But, Roundup is also used on fields before conventional crops are planted, to kill off weeds already present. This is how glyphosate may be getting into the British food supply despite their safeguards.

What makes the glyphosate especially dangerous is the other ingredients within Roundup, the ingredients Monsanto has worked diligently to keep a secret. These “inert” ingredients make the poison even more toxic. A two-year study involving rats and the consumption of Monsanto’s cocktails revealed what these closely-guarded ingredients are, and scientists say they work to increase the toxicity and cancer-causing effects of the already-problematic glyphosate.

One groundbreaking study has found that glyphosate is responsible for fueling breast cancer by increasing the number of breast cancer cells through cell growth and cell division. The effects are so potent, in fact, that the cancer cell proliferation is driven even when we’re talking about Roundup in the parts-per-trillion (PPT) range. Other research from  Argentina found that glyphosate supports the growth of cancer-causing fungi.

Even countries working hard to keep Monsanto’s toxins out are finding it increasingly difficult. From crop contamination to “trace” glyphosate, the GMO-giant is slowly making its way into every country, town, and home.