2 Unusual Agents for a Detox and Weight Loss Protocol 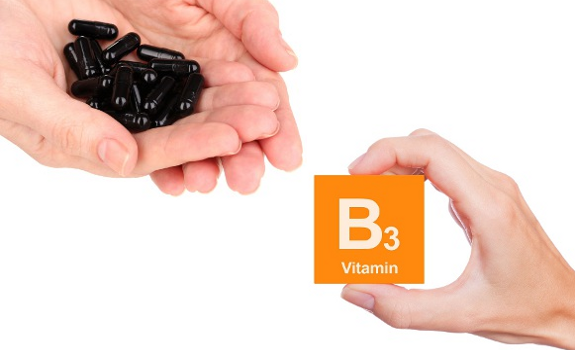 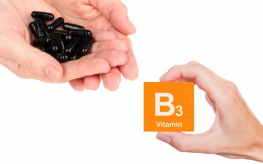 Are you looking for an overall mind and body detox that will also aid in weight loss? There are tons of foods, supplements, and protocols available that can help you, though there are 2 unusual agents most people never even consider – niacin (vitamin B3), and food grade activated charcoal. Learn more on how you can use them below.

Niacin, or Vitamin B3, has been used by orthomolecular (non-pharmaceutical mega-dose supplements) psychiatry to successfully help schizophrenic patients. Food grade activated charcoal powder has been used to eliminate toxins and heavy metals from the body. Even many hospital ER units and emergency vehicles are equipped with it.

While the two are great for the respective purposes just mentioned, combining these two in a protocol helps get rid of unwanted fat. How? Lipids store toxins as an effort to protect organs from being contaminated. Many of us have anywhere from 400 to 800 toxins stored in fat cells, and fat cells are not eliminated completely by diet or exercise. They will shrink, but they can grow again. That’s one reason why diets usually don’t often work completely and permanently.

So how can niacin be a “booster rocket” for detoxing and ridding oneself of stubborn fat? Niacin ruptures the fat cells that store toxins, thus releasing those stored toxins to be eliminated. This is called lipolysis.

It’s uncomfortable for a while at first, but as one gets used to it, the dose is increased from say 50 mg to 500 mg to 1,000 mg and so on. This was developed primarily to help drug addicts detox drug toxins stored in fats. The idea was to get rid of all the drug residue that would haunt them with cravings after kicking their habit.

But then there were those lipid released toxins that could penetrate other organs to create a terrible Herxheimer event, or “healing crisis,” and possibly cause even worse damage. The druggie withdrawal protocol called for working up a serious sweat via exercise like jumping on a rebounder, then sitting for a half an hour or more in a sauna to release those toxins through the skin.

Note that the niacin proposed is not buffered niacinamide, which doesn’t make your face and neck flush and tingle intensely. Use plain niacin.

Dr. George Yu thought it would be wise for non-addicts to use this method for “normal detoxification” and permanent weight loss. He gave a lecture on this during a Longevity Conference hosted by nutrition expert David Wolfe. Here’s Dr. Yu’s video lecture.

Dr. Yu spoke of starting with a low amount of niacin, 50 mgs or so, whatever it takes to get that temporary tingling flush, and gradually build up to 500 to 1000 mgs. Up to 5000 mgs has been used for those gravely ill from drug use and toxic events, such as Gulf War Syndrome.

He spoke of another option to saunas for eliminating lipid released toxins – ingesting food grade activated charcoal, which is used in hospital ER units and emergency vehicles for poison cases or pharmaceutical overdoses.

Another doctor, Dr. Al Sears, MD, has his patients use it for detoxing even heavy metals. He also uses it himself. For heavy metal detoxifying, he recommends a total of up to 20 grams per day, spaced apart in two to four doses, over a 12 day period. Perhaps not as much is needed for eliminating toxins released from bursting lipids. But separating the doses might be the best approach.

The action of activated charcoal involves adsorption, not absorption, of toxins from the intestinal tract. Adsorption is the electrical attraction of toxins to the surfaces of those fine particles. The charcoal itself is not absorbed into the body, so the toxins attached to the charcoal particles exit via the bowels. Don’t be surprised by black stools, and disregard the superstitions around food grade activated charcoal.

But because one’s entire blood supply is recycled through the entire body every minute or so, including the intestinal wall villi (tiny tubes that take in nutrients from the small intestines), those charcoal coated villi manage to chelate more than just what’s in the gut.

I prefer using the powder in water over capsuled charcoal. It’s tasteless and more efficient in water. It does not leech minerals out of the body, as it’s tiny particles are electrically charged to attract only toxins.