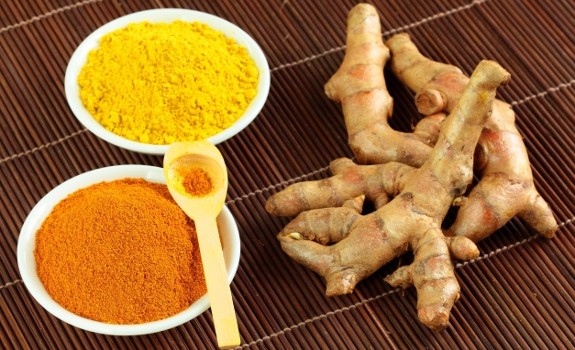 Are you one of the millions of people turning to non-steroidal anti-inflammatory drugs for conditions like arthritis, gout, or other inflammatory-related conditions? If you are, it may be time to look into natural solutions instead of subjecting your health to the many negative side effects of pharmaceutical drugs – because natural solutions do exist. In fact, one of these solutions may be resting in your spice rack right now – turmeric.

There has been a growing body of research showing turmeric’s ability to help those suffering with arthritis that we are already aware of, but a recent human study further proves the spice’s true medicinal value. In the study, published in the Indonesian Journal of Internal Medicine in April, 2012, researchers compared the curcuminoid extract found in turmeric to the NSAID drug diclofenac sodium in aiding those suffering from osteoarthritis.

For the study, participants were given either turmeric extract in 30 milligram doses 3x daily or 25 milligrams of diclofenac sodium 3x daily for 4 weeks. After the treatment period, “aspiration of the joint as performed and the secretion of cycloxygenase-2 enzyme by synovial fluid’s monocytes was evaluated,” as reported by GreenMedInfo.

In addition to the recent above study, there have been past studies coming to similar conclusions. For example, a 2010 study published in the Journal of Alternative and Complementary Medicine found that 2,000 milligrams of turmeric extract performed equally well at reducing symptoms of inflammation as 800 milligrams of ibuprofen. The study abstract reads:

“C. domestica [Curcuma domestica] extracts seem to be similarly efficacious and safe as ibuprofen for the treatment of knee OA.”

Yet another study, published in the March 2012 edition of Phytotherapy Research, also shows the effectiveness and safety aspects of curcumin in regards to arthritis treatment. The human clinical trial and single-blinded pilot study was conducted to determine whether curcumin, both separately and when combined with an arthritis drug known as Voltaren, can help individuals with arthritis. After 8 weeks, it was found that the curcumin group experienced the greatest improvement.

“The findings of this study are significant, as these demonstrate that curcumin was not only safe and effective, but was surprisingly more effective in alleviating pain compared with diclofenac.”

Given the amazing healing aspects of plants and food alike, it isn’t surprising to see turmeric as a natural arthritis treatment. What’s more, the spice may even be used as one of many home remedies for gout based on the above research.

5 responses to “Turmeric Extract Equally Effective as Drugs for Osteoarthritis”