The National Institutes of Health (NIH) gave the University of Utah College of Health more than $700,000 to study mentions of food on Twitter to find out about Americans’ relationship with food. Guess what? Kale didn’t make the list; far from it, actually. [1]

Researchers, led by assistant professor Quynh Nguyen, collected 80 million tweets from 2015-2016, and found out that nearly 5% of them were about food. [2]

Nguyen and her colleagues zoomed in on geolocated tweets about food, physical activity, and happiness, comparing them to census data and health surveys.

The purpose of the research was to gain insight into the health of people in neighborhoods across the country. Their findings ranged from just interesting to downright discouraging.

Let’s take a look at the top 10 food and beverage tweets, in order: 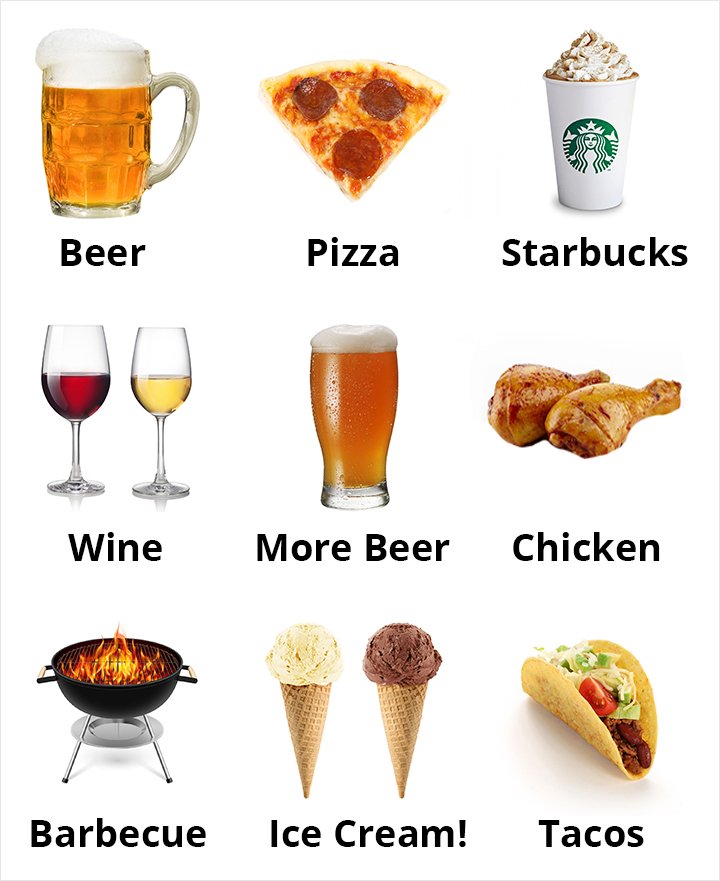 For 1, Americans love their coffee. Coffee was, by far, the most-tweeted about consumable to make the rounds on Twitter.

Chicken was considered by the researchers to be the only kind of healthy tweeted-about food on the list.

Let’s take a look at some of the other findings:

Twitter has been used in the past by researchers to track other health trends, including epidemics and the popularity of e-cigarettes. But Nguyen is quick to caution that Twitter only represents a fragment of the population, with most users being between the ages of 18 to 45. [4]

Furthermore, the searching algorithm the team used was a mere 85% accurate in differentiating between food tweets and irrelevant tweets. Amusingly, Stephen Curry, NBA star for the Golden State Warriors, confused the findings a bit. [2]

However, Nguyen and her colleagues still see the value in the research, and believe it could be used to help policymakers and researchers hone in on where to best to focus their public health efforts and combating obesity, such as building stores that offer fresh produce in areas deemed “food deserts.” [4]

You can view more specifics here.