Are you living in a food desert?

Healthful food choices are becoming increasingly abundant in the United States – this can be exemplified by the fact that organics are booming like crazy. But as many as 23.5 million people in this country don’t have access to this overflow of nutrition because they live in “food deserts” – areas of the country where there are no grocery stores but plenty of mini-marts offering sugar-filled snacks and artery clogging prepared foods. [1]

Low-income citizens also lack the funds to purchase healthful foods, as fast and processed foods are much cheaper than fresh produce, whole grain breads and pastas, and lean and organic meats. Not surprisingly, food deserts have been linked to obesity and other chronic diseases.

The current worldwide population is about 7.32 billion people, and one in nine individuals “doesn’t have enough food to lead a healthy active life,” the U.N. World Food Programme says. The majority of these individuals live in the developing world, but far too many Americans also lack proper nutrition and food security – one-sixth of the population, according to National Geographic.

Here’s a breakdown of the five biggest food deserts in the U.S. as of 2011:

Access to healthful foods has always been a problem in New Orleans, but Hurricane Katrina complicated the problem even further. As of 2006, the city ranked 8th nationally for the percentage of its population living in poverty.

About 60% of New Orleans residents say they have to choose between buying food and paying utility bills. Before Katrina, there were 30 grocery stores in the city of more than 378,000 people. In 2011, there were only 20. [2]

Read: 5 Tips to Save Money and Eat Healthy on a Budget 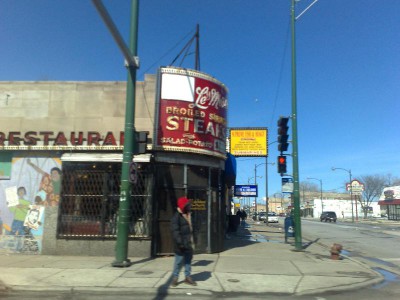 There is an estimated 600,000 people living in food deserts in Chicago. In a typical African American-populated neighborhood in the city, the nearest grocery store is approximately twice as far as the nearest fast food restaurant. In neighborhoods with the worst access to fresh foods, cancer claims the lives of 10 out of every 1,000 people. Eleven of every 1,000 people in these areas die from cardiovascular disease. 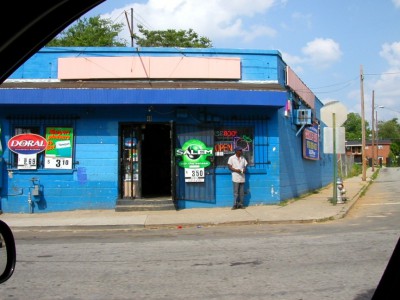 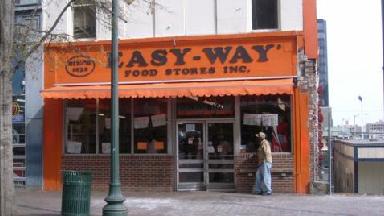 Tennessee was ranked second in the nation by a 2010 Gallup poll for states lacking access to healthy foods in low-income neighborhoods. The poll also ranked Memphis number one for hunger in the U.S., with 26% of people in the Memphis Metropolitan Statistical Area saying they didn’t have enough money to buy food for their families in the last 12 months. 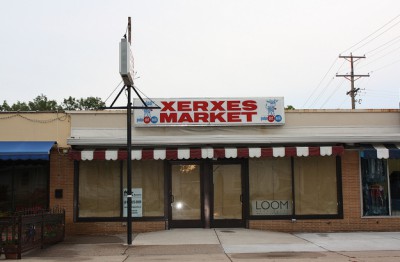 As of 2006, food deserts covered about one-half of Minneapolis and nearly one-third of St. Paul, which experts say has contributed to a 10% increase in obesity since 1995. In 2009, city authorities discovered that 36% of local corner stores sold no fresh produce and the rest of the markets sold a very limited amount.

Fascinatingly, in areas of the country where funding has allowed new supermarkets to be built, researchers haven’t seen the drastic improvement in health that they were hoping to find. This could be true partly because not enough time has passed to do an accurate assessment.

It’s also important to note that because healthful food is pricier than processed junk, the mere presence of a supermarket doesn’t change the fact that residents of a poverty-stricken area simply can’t afford to eat right.

There’s also another factor at work here: old habits die hard. People who have been raised on an unhealthy diet often find the idea of such drastic change incredibly daunting. They may not understand how to prepare healthful foods, and may not even have any interest in them.

Steven Cummins, a professor of population health at the London School of Hygiene and Tropical Medicine, along with other researchers, have come to the realization that “when given the opportunity, very few people try and switch to using newer or better provisions within their local community,” Cummins told PBS’ Newshour.

“My message is that just building supermarkets to increase access will only take you half of the way in improving diet. If you think about Kevin Costner in the Field of Dreams – ‘If you build it, they will come’ — I guess that’s the kind of logic model that underpins these interventions,” Cummins said. “But that doesn’t do everything it’s supposed to do. It can improve perceptions of food access, but it doesn’t necessarily translate into a behavior change.”

One of the ideas proposed by the Federal Reserve Bank of San Francisco and Low Income Investment Fund includes the creation or support of community workshops that teach residents about food nutrition and ingredients through the provision of neighborhood health care facilities, food kitchens, churches, and community centers.

This goes hand-in-hand with the importance of teaching our children how to grow their own food and garden – something that experts are pushing and even schools are finally beginning to do.

In order to end food deserts, nutritional options must be made available to everyone, everywhere, at an affordable cost. But once those options exist, those living in food deserts must be educated as to why those options are the healthful ones.

The take-home message for people fortunate enough to live in an area where highly nutritional food is constantly available is simple: teach your children healthful eating habits young, so nutrition is the norm and empty processed food is the extreme exception.

One response to “Education, Access to Healthy Food is Key in Ending Junk ‘Food Deserts’”