We don't know how many are killed by antibiotic-resistant infections

Superbugs kill tens of thousands of Americans each year, but it’s often not reflected on death certificates. This lack of transparency makes it difficult for health officials to accurately track the spread of antibiotic resistance. [1]

Take the case of Josiah Cooper-Pope, a baby born 15 weeks premature, who died from methicillin-resistant Staphylococcus aureus, or MRSA, in the neonatal unit at 17 days old. No one at Chippenham Hospital in Richmond, Virginia, told Josiah’s mother, Shala Bowser, that her son was the 4th newborn to die from MRSA. Records show 8 other babies were sickened by the superbug – nearly every baby in the unit – before the outbreak had run its course.

Yet, Josiah’s birth certificate listed the cause of death as “Sepsis due to (or as a consequence of): Prematurity.”

Sepsis is a complication of the infection, but MRSA was listed nowhere on the certificate.

“My heart hurts. I saw what this did to him. And then they just threw a bunch of words on the death certificate.”

It’s not just baby deaths that are being covered up. An investigation by Reuters turned up others: Emma Grace Breaux died at age 3 from complications of the flu; Joshua Nahum died at age 27 from complications related to a skydiving accident; and Dan Greulich succumbed to cardiac arrhythmia at age 64 after a combined kidney and liver transplant.

In each case, death was caused by a drug-resistant bacterial infection contracted while the patients were in the hospital, yet none of the death certificates reflect that.

In fact, according to Reuters, thousands upon thousands of people die from drug-resistant superbugs each year, but they go uncounted because federal and state agencies do a terrible job of tracking them. The U.S. Centers for Disease Control (CDC) and state health departments lack the political, legal, and financial capacity to impose strict monitoring.

As an example, carbapenem-resistant enterobacteriaceae, or CRE, is one of the country’s most urgent health threats. For that reason, the CDC recommends that local health officials require hospitals to report cases of the infection. [2]

It was reported last year that a CRE outbreak had affected patients treated at hospitals in 42 states, including 1 in Central Pennsylvania, and 1 in the Los Angeles area.

The outbreak was linked to insufficient sterilization procedures for a certain type of medical device, called an endoscope, which led to a massive recall of the Olympus-made devices last January.

When reporting drug-resistant bugs isn’t possible, agency guidelines suggest that health departments still survey hospitals and nursing homes for the presence of the superbug to ensure facilities are trying to halt its spread.

But these are merely recommendations.

How Can We Beat a Problem We Don’t Report On?

How do you fight such a grave, looming threat if you don’t know the full scope of the problem?

“You need to know how many people are dying of a disease. For better or worse, that’s an indicator of how serious it is.”

CDC officials warned in October that they’d discovered that some hospitals had attempted to keep their infection-control staff from reporting certain types of hospital-acquired infections to a national database as required.

A survey published in a CDC medical journal in 2010 showed that 49% of New York City medical residents said they had willfully reported an inaccurate cause of death on a certificate.

Why Cover up Superbug Deaths? 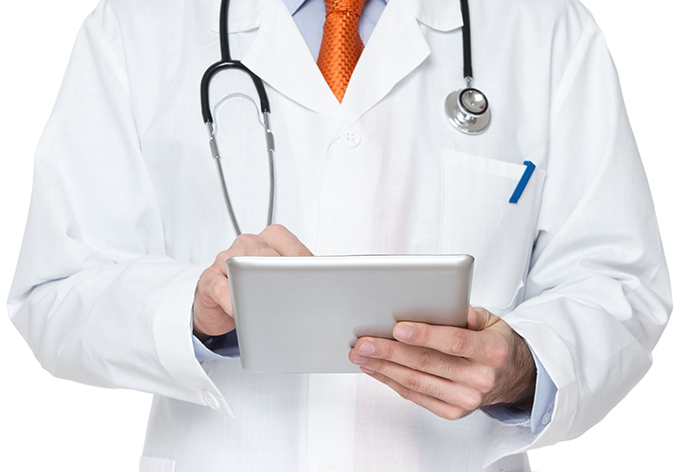 There are a number of reasons why drug-resistant infections are not acknowledged on birth certificates. [1]

And in most states, there is no law requiring that drug-resistant infections be listed as a cause of death. The only exceptions are Washington and Illinois.

Most states use a model law that mandates financial penalties for anyone who deliberately makes a false statement on the document, but those penalties are often negligible and rarely enforced.

Ed Winter, assistant chief in Los Angeles County’s medical examiner-coroner’s office, said that any time a patient dies from a suspected hospital-acquired infection, the individual should be sent to the medical examiner for review to determine whether county officials, rather than hospital doctors, should determine the cause of death. [2]

“If there is a question, we will look into it.”

Additionally, Johns Hopkins Hospital surgeon Dr. Martin Makary urged the CDC in May to add a line to all death certificates where doctors would be asked if the death was the result of a preventable complication from medical care (such as CRE caused by improper sterilization).

He estimates that infections, errors, and other cases of “medical care going wrong” would be at least the third-leading cause of death among Americans if they were properly recorded.

“We need an open and honest conversation about the problem.”