Poor weather, cell phones, radios, alcohol, and jerks: we think of these as some of the most common causes of car accidents. However, scientists at the London School of Economics say that air pollution, of all things, should be added to that list.

Researchers say they looked at 5 years’ worth of data and found that when levels of nitrogen dioxide (NO2) rose just a microgram per cubic meter, the number of car crashes increased by 2%. [1]

You might be tempted to look at the information and think, well, that proves nothing. There might have just been more traffic, and therefore more crashes and more pollution. But the researchers found that the increase remained even when adjusting for the extra traffic.

Sager and his colleagues used data from NASA satellites and other sources to isolate the precise effects of pollution alone rather than other factors. [2]

A previous study backs up this theory. In that study, scientists discovered that air pollution inside a car can be more than double that on the outside because the NO2 builds up in a small space.

Furthermore, lead researcher Lutz Sager of the Grantham Research Institute on Climate Change and the Environment at the London School of Economics and Political Science (LSE), said:

“There is research that shows that students do worse on tests when there are higher amounts of air pollution in the rooms where they have their test sites.” [2]

This study is the first of its kind to examine how toxins in the air affect a person’s ability to operate a vehicle. Sager explained:

“Although it has already been shown that air pollution adversely affects human health and the ability to carry out mental tasks, this is the first published study that assesses the impact on road safety.

The analysis identifies a causal effect of air pollution on road accidents, but I can only speculate about the cause of the link.

My main theory is that air pollution impairs drivers’ fitness. However, other explanations are possible such as air pollution causing physical distractions, perhaps an itching nose, or limiting visibility.”

Air pollution can contain many other toxins besides than NO2, among them carbon monoxide, sulphur dioxide, ozone, and small particulate matter. Nitrogen dioxide, however, seems to have the biggest impact. [1]

For the study, Sager divided the U.K. into a grid of 32 areas, each covering about 4,784 square miles, and mapped accidents to the level of air pollution between 2009 and 2014 as stated by the Department for the Environment, Food & Rural Affairs (Defra). [2]

Just one microgram of NO2 per cubic meter above the daily average proved to be enough to increase the number of accidents by 2%. Unsurprisingly, cities felt the biggest effect of this.

Based on Sager’s calculations, in the area containing west London, which is home to some of the highest levels of air pollution, a cut of approximately 30% in the concentration of NO2 could cut the number of car accidents by nearly 5% per day. 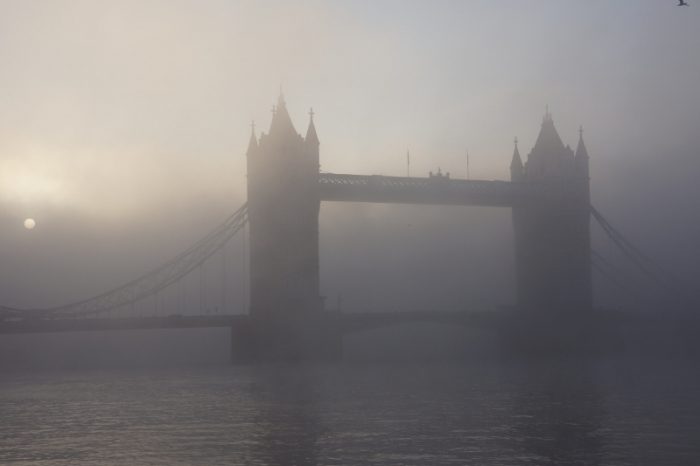 The most polluted areas of the city sometimes have levels of NO2 higher than 97 micrograms per cubic meter on average. And with 150,000 crashes involving injuries each year, preventing just 2% of collisions would protect thousands of people from harm. [1]

“Whatever the exact mechanisms responsible, the robust finding of a significant effect of air quality on road safety is important given the high cost of road traffic accidents through damage to vehicles and deaths and injuries to people every day.

Although this analysis has used data for the United Kingdom, I think my findings are relevant to other parts of the world. These additional costs from traffic accidents strengthen the case for reducing air pollution, particularly in congested cities.

My analysis suggests that the causal effect of air pollution on road traffic accidents measured in this study more likely stems from nitrogen dioxide or other pollutant gases rather than particulate matter.”

All Talk, No Action

The ClientEarth environmental law firm has been fighting to secure U.K. compliance with the E.U. air quality standards for the past six years, and will return to court this month to continue the battle. [2]

The U.K. Supreme Court had ordered the government (which had already missed a 2010 deadline) to develop plans to bring U.K. air pollution within legal levels as soon as possible. However, the government’s proposals didn’t visualize compliance in the worst affected areas until 2025.