Alcohol is supposed to kill bacteria better than antibiotics

Superbugs that are resistant to multiple antibiotics are also becoming resistant to alcohol-based hand sanitizers and disinfectants, a recent study shows. [1]

In the study of what the researchers are calling a “new wave of superbugs,” the team also uncovered specific genetic changes over 20 years in vancomycin-resistant Enterococcus, or VRE – and were able to track and show its growing resistance.

VRE bugs are known to cause infections in the urinary tract, in wounds, and in the bloodstream. These infections can be incredibly tough to treat because they are resistant to several classes of antibiotics.

To fight VRE bugs and other drug-resistant bacteria, institutions around the globe have been toughening up hygiene steps, including using alcohol-containing hand rubs and washes.

The use of alcohol-based hygiene products has increased tenfold over the past 2 decades in Australia alone, according to Tim Stinear, a microbiologist at Australia’s Doherty Institute who co-led the study.

“So we are using a lot and the environment is changing.”

The greater focus on hygiene has resulted in stabilized rates of MRSA and other superbug infections, but cases of VRE continue to rise. This disturbing reality led to Stinear and his colleagues to investigate VRE for possible resistance to disinfectant alcohols.

For a number of years, sanitizers containing triclosan were extremely popular. The chemical was found not only in hand sanitizers, but in body washes, soaps, toothpaste, and many other products. In 2016, the U.S. Food and Drug Administration (FDA) banned 19 chemicals, including triclosan, in soaps and body washes. (The agency did not ban triclosan in toothpaste.)

A 2015 study found that soaps containing triclosan worked no better at killing bacteria than regular soaps. Triclosan only proved to be stronger than regular hand soap ingredients when bacteria were exposed to it for hours at a time. Most people don’t even wash their hands for the recommended amount of time, so despite all of the marketing and hype by soap manufacturers, the addition of the chemical was completely useless.

Actually, the truth about triclosan is darker than its uselessness. It turns out, triclosan-containing soaps and sanitizers were fueling the rise of antibiotic-resistant superbugs as well.

What’s more, triclosan is associated with a plethora of health risks, including heart damage and breast cancer.

So shoppers and healthcare workers alike started ditching triclosan for alcohol-based sanitizers, even before the FDA ban took effect, believing them to be safer and more effective.

One little problem: As humans find new ways to fight bacteria, the bugs are finding new ways of fighting people.

If bacteria can evolve to effectively ward off death by alcohol, it will be a shock to microbiologists and a massive threat facing humans. After all, alcohol kills bacteria more effectively than antibiotics, and the U.S. Centers for Disease Control (CDC) said in 2013 that the age of antibiotics was over. [2]

The authors of the study wrote:

“The development of alcohol-tolerant strains of E. faecium has the potential to undermine the effectiveness of alcohol-based disinfectant standard precautions and may, in part, explain the increase in VRE infections that is now widely reported in hospitals in Europe, Asia, the Americas, and Australia.”

The researchers wanted to find out why the superbug MRSA (methicillin-resistant Staphylococcus aureus) was being so well-controlled with the new national hand hygiene in Australia, while VRE was not.

Dr. Paul Johnson, from the University of Melbourne, said: 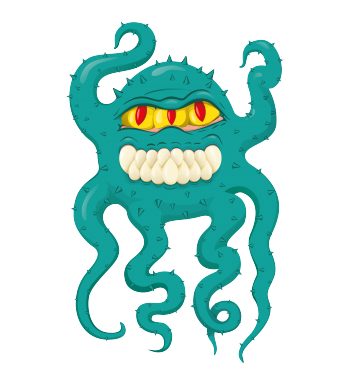 “All over the country MRSA rates were falling, that was great because patients were doing much better and the risk of serious infections was reduced.

But we also noticed a gradual increase in vancomycin-resistant enterococci (VRE) infections, this seemed like a paradox because both infections should be controlled by standard hand hygiene.” [3]

To find out why VRE infections were on the rise contrary to other superbugs, the team conducted a series of experiments. [2]

In one experiment, the team took old samples of VRE dating back to 1997, and new samples from 2015, and grew them in dishes with diluted alcohol. The newer samples grew better than the 20+-year-old sample.

“We were also able to identify and document the specific genetic changes that have occurred in the bacteria over the 20 years, which also helps to explain the increased tolerance.”

The scientists also added E faecium to mouse cages that had been sterilized with commonly-used alcohol solutions. The samples taken in 2015 continued to grow and were able to colonize the guts of infected mice. The finding means 1 of 2 things:

The investigators are calling on hospitals to combine sanitizing agents, such as alcohol and chlorhexidine, and use them in liquid form, as gels and foams tend to be less effective at killing bacteria. [2]

The study is published in the journal Science Translational Medicine.