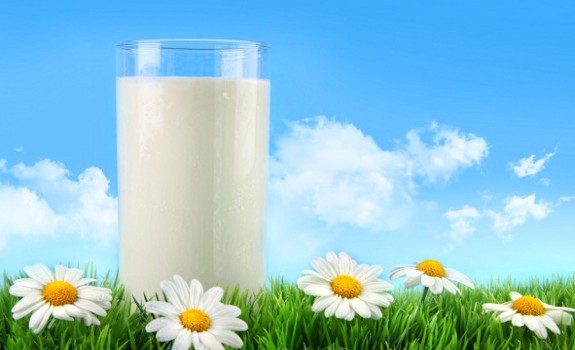 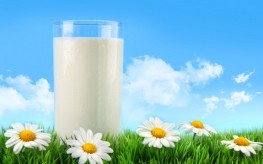 While common sense tells us organic products are better for us than nonorganics, the science-based evidence is sometimes lacking. Sure, we know vegetables sprayed with pesticides carry more health risks than those that do not, but what about when it comes to things like dairy cows and the milk they produce? One new study sought to determine scientifically if organic milk was better than conventional milk. And they were successful.

The study, published online in the journal PLoS One, analyzed essential fatty acids in organic whole milk and conventionally produced milk. The researchers found organic milk contained a far better balance of Omega 3 and Omega 6 fatty acids, likely due to the diet of these cattle.

According to USDA organic labeling procedures, organic milk-producing cows must be given a certain amount of time each day to graze in grasses. Conventionally grown cattle, however, are typically given a steady diet of GMO corn, antibiotics, and growth hormones. In some cases, cows are even fed sawdust and various candies – just 2 of many insane things fed to cows.

The researchers believe it’s this difference that comes out in the milk fats produced. That belief was confirmed when they looked at non-organic cattle that were given grazing opportunities—finding they too had better balances of the fats.

Both omega-3 and omega-6 fats are essential fats—we must get them through our daily diets. But while an optimal balance is believed to be a diet that has about as much of omega-3s as omega-6s, the modern diet is far from optimal. The NY Times reports most people get 10 times as much omega-6 fats than they do omega-3 fats.

Read: What’s in Your Milk? 20+ Painkillers, Antibiotics, and More

In the study, the cows raised organically had a ratio of omega-6 fats to omega-3 fats of 2.28. In conventional milk, the difference was wider, with a ratio of 5.77.

Most individuals believe omega-3 fats are the better of the two, though both types are necessary. These fats have been linked with lowered risk of cardiovascular disease, improved brain health, and more. The researchers on this study suggest organic milk could provide that lowered risk.

On the other hand, some say the true story of omega-3 versus omega-6 fats has not been settled—that both are crucial. This may be true, but we cannot ignore the fact that our diet, overabundant in omega-6 fats found in vegetable oils and fried foods, has not been good to us. However, a diet rich in sources of omega-3 fatty acids, including foods like fish, nuts, and avocados, could be far more beneficial across the board.