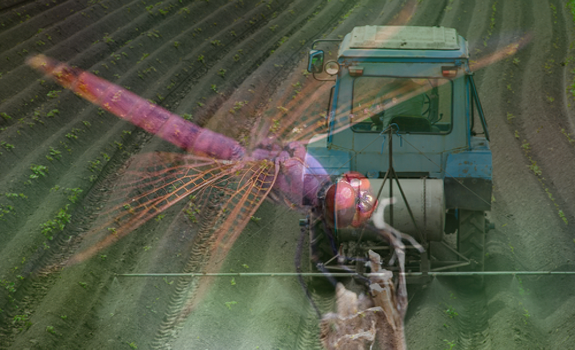 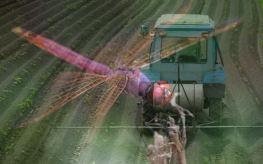 The European Union recently announced that it was taking action against neonicotinoid pesticides after research linked the usage of the insecticides to bee deaths and subsequent environmental implications, but a newly released study says that the top insecticide is damaging more than just bees.

In addition to calling for swifter and greater action on behalf of the EU commission that has declared a 2 year restriction on neonicotinoids found in pesticides, which the new study authors actually allows for around 20,000 tons of bug repellent chemical to be used for livestock bug repellent, Dr Jeroen van der Sluijs of the Utrecht University says that allowing aquatic insects like snails and dragonflies to die at record numbers will ultimately challenge environmental stability at large through an assault on the food chain.

The research, published in the journal PLOS One and performed by Dutch researchers from Utrecht University, details the methods in which the dangerous insecticide can ravage the wildlife population by tracking its journey from farmland to stomach.

It all starts with the application of the insecticide onto crops, or in some cases use as a bug repellent for livestock and pets (which is a truly horrible idea). Even the ditch water found in fields treated with the insecticide was found to be an effective pesticide. In other words, the concerning insecticide is still powerful in eliminating insects even after a significant amount of dilution. As research head Dr Jeroen van der Sluijs explained:

“We are risking far too much to combat a few insect pests that might threaten agriculture. The pollution was so bad in some places that the ditch water in fields could have been used as an effective pesticide.”

He went on to call for immediate action, after explaining how the insecticide is simply not worth the environmental complications at large to fight off insects from crops and livestock. He said:

“This substance should be phased out internationally as soon as possible.”

The timing of the study is powerful in the sense that it could help drive further legislation to combat the usage of such insecticides amid the recently announced EU ban. That said, the findings of the research are truly concerning as it documents the journey of the insecticide from the field to an animal such as a bird. It’s important to understand that right now the insecticide is killing insects like snails and dragonflies, but when they are consumed by birds or other animals it ultimately affects them as well.

That is why the usage of dangerous chemical substances really compounds into a domino effect of sorts, one that will also lead back to humans in a very big way — even greater than the fact that humans are consuming crops drenched in this insecticide.