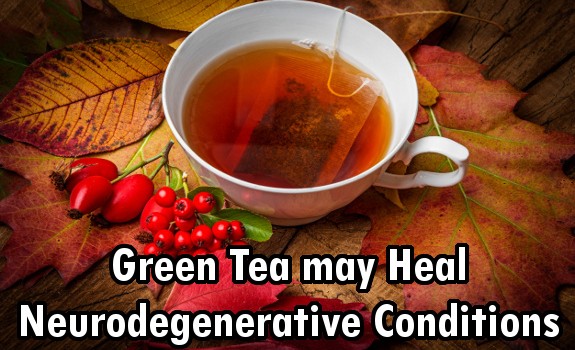 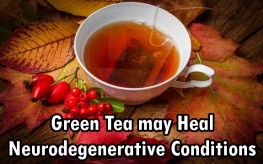 Used for millennia as both a ceremonial and medicinal drink, there is little doubt that green tea is a health elixir. But it’s true powers are still being uncovered by modern science, and a recent study only adds to the long list of potential benefits.

According to the research recently published in Biochemical and Biophysical Research Communications, green tea catechins may be able to assist the brain in healing and potentially even assisting in the prevention and treatment of neurodegenerative conditions like Alzheimer’s, Huntington’s, and Parkinson’s diseases.

Specifically, the study sought to investigate how catechins from green tea may work to increase brain-derived neurotrophic factor (BDNF), or the activity of a nerve growth factor that is essential for the “growth, maintenance, and survival of neurons,” as reported by GreenMedInfo.

It’s believed catechins are able to increase BDNF and as such are a method worth researching further for the treatment and prevention of neurodegeneration. But the researchers acknowledge that only a small amount of EGCG (the active component of green tea polyphenols) is able to reach the brain, indicating the need for greater research into just how much EGCG is needed to make a notable difference.

“Delivery of optimal amounts of brain-derived neurotrophic factor (BDNF) to regions of the brain affected by neurodegenerative diseases is a daunting task,” noted the researchers. “Using natural products with neuroprotective properties, such as green tea polyphenols, would be a highly useful complementary approach for inexpensive long-term treatment of these diseases.”

What does this mean? Put simply, even the smallest amounts of EGCG able to reach the brain can have a positive impact on brain health.

“Intriguingly, this [nerve growth factor promoting] effect requires only submicromolar concentrations of EGCG. This is significant as extremely low concentrations of polyphenols are believed to reach the brain after drinking green tea.”