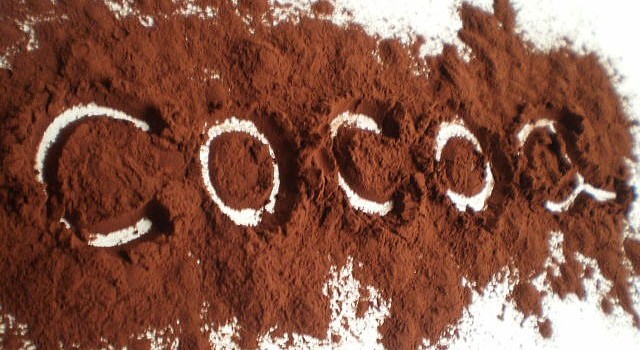 Most individuals notice a steady decline in memory as they age, but a new study suggests that this memory large can be reversed. According to a recent study published in Nature Neuroscience, naturally occurring flavanols found in cocoa may reverse memory decline by as much as 20 or even 30 years.

The study wasn’t conducted simply using raw cocoa or chocolate, but rather a lab-created cocoa drink. Eager to find out if flavanols in cocoa beans could positively impact human memory as it has done in mice in past studies, researchers from Columbia University Medical Center in New York, NY set out to discover if such a boost in brain function was possible with the consumption of these flavanols. They specifically observed how thees compounds affected a part of the brain known as the dentate gyrus.

“This is really not about chocolate,” said study co-author Dr. Scott Small, director of the Alzheimer’s Disease Research Center with the Taub Institute at the Columbia University Medical Center in New York City. “And it would be detrimental to one’s health to try and run out and get flavanols from chocolate, which exist in chocolate, but in minuscule amounts.

What is interesting here is that this is the first study to show a causal connection between a specific area of the brain and age-related memory loss.”

For the study, 37 healthy individuals aged 50-69 were randomized to either consume a high-flavanol diet containing 900 mg of flavanols each day or follow a low flavanol diet containing only 10 mg of flavanols each day. As mentioned, the flavanols weren’t simply consumed via cocoa beans or processed chocolate. The participants were actually provided a drink created by Marc Inc, one of the world’s largest chocolate producers and suppliers. This company also helped to fund the study.

It’s important to note who is behind each piece of research, as it could point to some form of conflict of interest. In this case, we have a mega-corp funding a study which may lead to the future development of a new product, but this doesn’t change the fact that these naturally occurring flavanols do in fact have some powerful, positive affects when concentrated and utilized; these same results won’t be achieved by eating processed chocolate found at a grocery store.

Read: 5 Things You Should be Eating to Protect Your Brain as it Ages

In fact, after three months of consuming the special cocoa concoction, someone with the typical memory of a 60-year-old improved their memory to that of a 30- or 40-year-old, Small reported.

“The byproduct of our main finding that links this part of the brain to memory decline is that our dietary intervention did appear to ameliorate the situation,” said Small. “Yes, we need to replicate the finding in a larger population, in order to see how fast the effect takes hold and how long it lasts. But this study took us six years to complete because it was carefully done. So, I really have very little doubt about the replicability.”

Keith Fargo, director of scientific programs and outreach with the Alzheimer’s Association, raised some questions:

“This work was conducted at the very highest level of medical evidence that there is,” he acknowledged. “But it’s not clear whether the dietary intervention they identify would have any effect whatsoever on any other measure of [memory], other than on what they specifically measured. And those measures, I would say, were rather narrowly drawn.”

At the same time, Fargo said that the general notion that diet might affect brain health is “very plausible.”

“Many groups have pursued a link between dementia and heart health,” he noted. “And we all know how much diet and exercise can affect your heart health. So it’s very possible that diet can also affect brain health as well. It’s certainly something that we need to research more.”

These flavanols are found (to varying degrees) in many types of foods, including tea leaves, fruits and vegetables, as well as raw cocoa. Check out some other dark chocolate health benefits here.