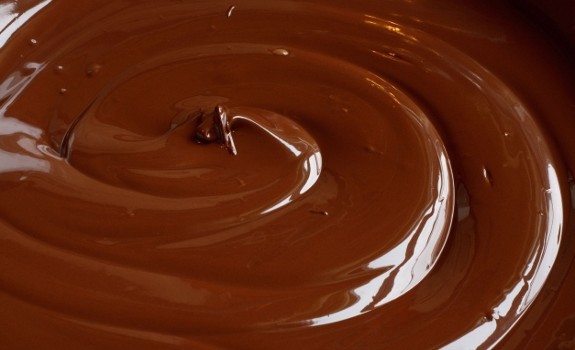 Could chocolate make you smarter? While it may not increase your IQ, it could stave off cognitive decline, say researchers with the University of L’Aquila in Italy. The scientists have contributed to a growing body of research that indicates chocolate is more than a comforting food, that it could also have dramatic health benefits.

“For the first time, regular cocoa flavanol consumption has been shown to positively affect cognitive function in older adults with early memory decline,” said the study author and Director of the Geriatric Division of the University of L’Aquila Dr. Giovambattista Desideri.

Researchers tested the effects of chocolate consumption on a group of 90 older adults with mild cognitive decline. Such a condition is estimated to affect 20% of adults over the age of 65. Three groups were randomly assigned to drink a cocoa flavanol drink with either high, intermediate, or low levels of flavanols (the naturally occurring antioxidant in chocolate).

The study went on for eight weeks and during this time, participants were assessed on memory, global cognition, and cognitive processing speed. Researchers found those groups who received the high flavanol and intermediate flavanol drinks showed significant improvement in processing speed, working memory, and executive function after the eight week period. Response times in testing were reduced by as much as 30%.

“We already understand how important diet is to health, and previous research has provided consistent evidence of the benefits of cocoa flavanol consumption for cardiovascular health,” said Catherine Kwik-Uribe of Mars Botanical. “The results of this latest research build on these earlier findings and provide promising indication that diets that contain cocoa flavanols may offer significant benefits as we age. This is of great interest given the aging populations in much of the developed world.”

Although the study was a double-blind and “well controlled”, it is important to note that it was funded by the Mars Corporation, who makes their millions from selling chocolate. Additionally, a co-author of the study is an employee of Mars, Inc. An overview of the study can be found on their website. Companies like Mars and Nestle have sunk funding into studies like this in an effort to brand their products as healthy. However, the research is conducted on chocolate with high flavanol content, unlike most of their candy bars and widely available products.

To get the most flavanols from chocolate, opt for organic dark chocolate with limited amounts of sugar and other additives. The health benefits of chocolate just got even tastier.