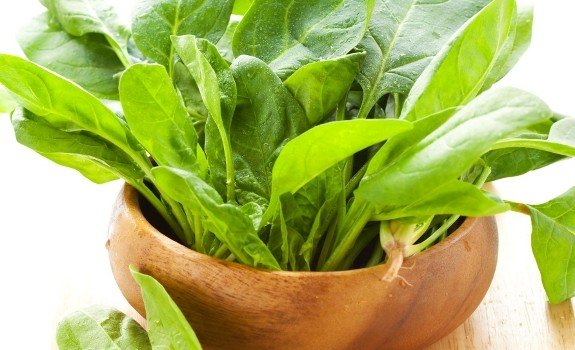 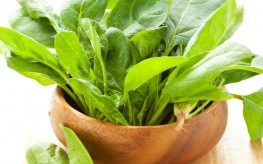 It’s summer, and people are spending more time outside, soaking up the rays and enjoying hotter temperatures. In recent years, many of us have become hip to the fact that most sunscreens aren’t always the safest protective options for our skin, and we’ve instead looked at other options for keeping our skin healthy and shielded. Enter spinach. Research has shown that eating spinach regularly could prevent skin cancer, which is more than can be said for traditional sunscreens.

According to Australian researchers, greens like spinach and Swiss chard can protect skin from cancer. While the research was done on people with a history of the disease, the protective qualities could likely be extended to everyone.

The researchers found that people who ate at least three servings of spinach (or similar greens) each week saw a reduced risk of skin cancer recurrence by about 50%. Three servings a week isn’t much. If you eat three dark-green salads a week (and you should), you meet the requirements.

But before the supplement fiends try to break down the nutritional content of spinach and get these same benefits in pill form, the study’s lead researcher has some advice:

“Other research that has looked at individual nutrients haven’t found very clear evidence [of skin cancer risk reduction], so it might be that actually the combination of nutrients as they occur normally in the foods we eat, actually have the effect on skin cancer.”

In other words, taken separately the nutrients in spinach don’t have the same benefits. It’s only in the balanced symbiosis of the spinach itself that you can reap the skin-cancer protection.

“The conventional cancer industry has so far refused to acknowledge any serious link between diet and skin care, preferring to push sunscreen products sold by corporations that donate heavily to the cancer industry,” said Jessica Fraser of NaturalNews.

And what we know of these sunscreens is that they are more harmful than good.

As a matter of fact, sunscreen could be causing the very disease that it promises protection from. When exposed to sunlight, synthetic vitamin A (found in the vast majority of sunscreens) is carcinogenic. Overtime, the excessive use of sunscreen could actually increase your risk of skin cancer rather than prevent it.

The sun is good for you; it produces vitamin D within the body, boosts your mood, and gives you a healthy glow. When paired with a healthy, protective diet including spinach you truly have little to be afraid of from moderate and safe sun exposure.

One response to “Spinach Protects Against Skin Cancer, Cuts Recurrence Risk by 55%”