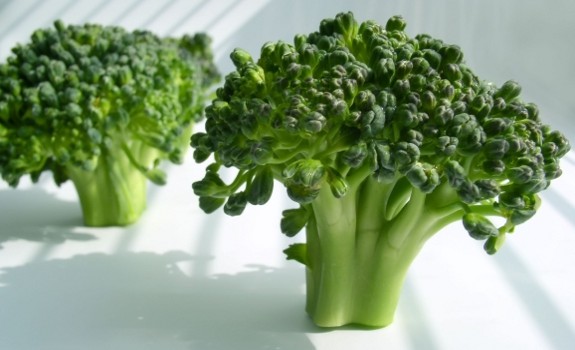 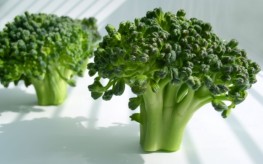 When we think of natural cancer-prevention, we think of things to avoid like smoking and eating highly processed foods. We also think of a diet rich in natural fruits and vegetables—chock full of antioxidants known to fight the oxidative damage that is related to cancer. But rarely do we think of applying vegetables to our skin. Some research shows, however, that a certain compound in cruciferous vegetables (like broccoli) could reduce your risk of skin cancer when applied to your skin.

As reported by The Washington Post and found in one of the October 2007 issues of Proceedings of the National Academy of Sciences, the study from researchers with Johns Hopkins School of Medicine details how an extract from broccoli sprouts could protect against cancer.

“If you apply an extract of broccoli sprouts that contains high levels of sulforaphane to regions of human skin, you can protect them very substantially,” said lead researcher Paul Talalay. “We believe, to the best of our knowledge, that this is the first demonstration of protection against a known human carcinogen in humans.”

Over a decade ago, Talalay and his colleagues discovered the compound known as sulforaphane. This compound is found in all cruciferous vegetables, but is particularly rich in broccoli and, reportedly, three-day-old broccoli sprouts. Since then, numerous studies have linked this important compound to cancer prevention, though we’ve usually thought of reaping the benefits by ingesting it through vegetable consumption.

Talalay and other researchers have discovered that the most concentrated form of sulforaphane (from broccoli sprouts) can be applied topically with promising results.

The scientists first tested the theory on mice, applying a broccoli sprout extract to the skin of hairless mice and then exposing them to UV radiation. Mice without the extract developed more tumors and larger tumors than those with the extract applied.

In a human study, Talalay applied UV radiation to two specific areas of participants’ backs. One area had been treated with the extract, and one had not. The areas treated with broccoli extract had significantly less redness and inflammation. While the results varied from study subject to study subject, there was an average of 37% less irritation where the extract was applied.

We know the dangers of conventional sunscreen. They contain harmful chemicals and even some that are suspected to cause cancer. Now, like aloe vera, which has also been shown to prevent the progression of skin cancer when applied topically, there are indications that the future of sunscreen could come in the form of broccoli extract.