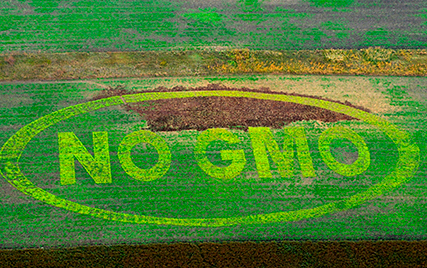 While the Grocery Manufacturer’s Association, along with Monsanto and other poison makers try to slip a labeling-by-choice campaign past citizens in the US, Russia is preparing a bill that would heavily restrict the import of genetically modified agricultural produce, as well as stop it altogether from being produced domestically.

The initiative is backed by the parliamentary majority, and is an amendment to the existing law “On Safety and Quality of Alimentary Products,” which sets norms for the maximum content of transgenic and genetically modified components in Russia’s food. The author of the bill is Evgeny Fyodorov, a member of the United Russia party. A group called Russian Sovereignty also supports the initiative. Some are calling this a long shot, but if it were to pass, it could be another nail in the Biotech industry’s coffin.

The innovative draft law does not suppose a total ban, says Mr. Fyodorov, but it does put imports under the government’s control and keeps it from being grown locally. Imported products that were tested with high levels of transgenic and genetically modified ingredients would be subject to refusal.

Russia already banned some GMO imports such as Monsanto’s GMO corn, and Russia already has a labeling law. Anything that contains more than 0.9 percent GMO has to have a label and warn consumers. Last year a resolution was passed which requires a listing of all genetically modified plants in the state, but it doesn’t go into effect until this July. Fyodorov wants to make that a zero tolerance policy for all foodstuffs produced in country. The draft includes a ban on GMO plants, animals, or anything of microbial origin, which is good thinking since AquaBounty’s GMO salmon almost made it into our food supply already.

The specific measure of banning GMO food within the country is to prevent Monsanto and other companies from trying to set up shop within Russia.

Yakov Lyubovedsky, the head of Russia’s Organic Farming Union thinks that if Duma (the Russian State) can pass the bill, it would defend the entire country’s population from genetically modified foods and represent the overwhelming interests of the people at large – not the Biotech corporations.

Lyubovedsky points out that GMO is just an experiment on humanity, and many scientists might add, one that hasn’t gone very well. Over 800 scientists have already demanded that this game end.

Arkady Zlochevsky, president of the Grain Producers’ Union, thinks that GMO crops are just what Russia needs. He thinks the draft bill, should it come to pass, would be detrimental to farmers, but apparently he hasn’t heard about the farmers going into debt from sewing suicide seeds. As NaturalSociety’s Anthony Gucciardi has pointed out, a farmer in India commits suicide every 30 minutes due to overwhelming debt caused by Monsanto’s ineffective seeds. The Center for Global Research has said:

“Control over seed is the first link in the food chain because seed is the source of life. When a corporation controls seed, it controls life, especially the life of farmers.”

If GMO seed is allowed to be planted, Russia, or anywhere, Monsanto and friends will eventually be the ‘Lords’ over all Life on planet earth. A chilling thought. Farmers shouldn’t just be worried about short term economic gains, though, evidence keeps mounting that suicide seeds are wrecking mother nature altogether. Farmers might find themselves out of work completely if GMO is allowed to continue unchecked.

If legislators decide on a ban, it should be complete, including consumption, but this is currently not possible, Zlochevsky noted. In the meantime, we’re all rooting for you Russia. Show the world the way.