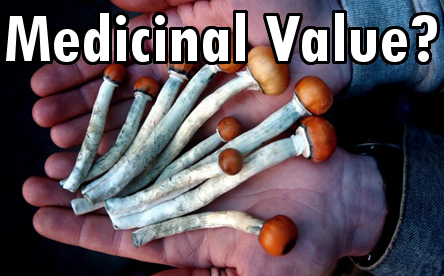 At least three different formal psychiatric studies on the effects of psilocybin, extracted from “magic mushrooms”, were performed on voluntary subjects who had never experienced psychedelics before. All had similar positive results. The motive for these studies was investigating the potential for treating depression and other psychiatric maladies with psilocybin.

Two of the studies (done in the UK) were conducted by Professor David Nutt, who was considered nutty by superiors when he was chairman of the Advisory Committee on the Misuse of Drugs (ACMD). He was fired from the ACMD by Home Secretary Alan Johnson for resisting the decision to toughen laws on cannabis and publicly stating that alcohol was more harmful than cannabis and the magic mushroom compound, psilocybin.

The other study was performed by Johns Hopkins University Medical School, an institution that is never considered nutty. All three studies were conducted circa 2011 – 2012. All of them did follow up surveys 14 months after the subjects’ psilocybin experiences. The compound was often administered while participants were in MRI (magnetic resonance imagery) machines that were scanning their brain activity.

The researchers were personally unfamiliar with psychedelic experiences, and they had expected increased frontal lobe activity. Frontal lobes are the brain parts used in day to day conscious activity and thinking, and excess frontal lobe activity is common among those who are depressed. Instead, things slowed down, both under MRI scrutiny and from study subjects’ feedback.

The subjects were advised to look inward. To help turn their attention away from medical machinery, they were usually given blindfolds and headsets piping in pleasant music. Around 60% of the subjects reported mystical experiences while all of them felt they were in a strange but pleasant world. And they all experienced a greater degree of openness, awareness, or empathy.

Here are the study results:

I should note that LSD is a manufactured drug, while both mescalin and psilocybin are extracted from plants. Since they are plant derived, there is no patent potential until Big Pharma figures out how to synthesize them.

But for now, they’re making big bucks off anti-depressants that are no more effective than placebos and create adverse physiological side effects as well as manic, depressive, suicidal, and homicidal impulses that are too often carried out.

Reporting in the follow up surveys 14 months after, almost all of the subjects stated that the experiences were among the most significant life changing episodes of their lives, and their sense of well being, behavior, and relationships with others in their life had improved significantly.

All this without having to daily dose pharmaceuticals that demand other pharmaceuticals for side effects for those 14 months. No wonder this research isn’t going anywhere within Big Pharma controlled psychiatry.

9 responses to “Study: Magic Mushroom Compound Could Help with Depression”