Reducing Stroke Risk One Coffee Cup at a Time 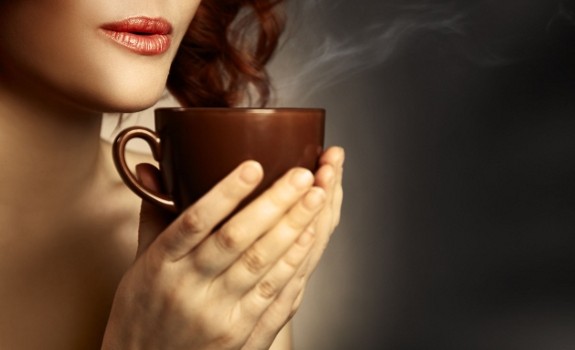 While many young individuals don’t give a single second to think about a stroke, everyone should know that strokes are dangerous, scary events. As with any ailment, it’s best to eliminate the risk of stroke as much as possible, and according to recent research, many people may be doing just that upon waking. According to a study out of Japan, drinking coffee could be one of many preventative methods for reducing stroke risk. This is also true for tea.

Dr. Yoshihiro Kokubo, lead researcher at the National Cerebral and Cardiovascular Center in Osaka, Japan, composed a study compiling data from about 83,000 individuals. After gathering data from men and women aged 45 to 74, asking them about their drinking habits and following up with their health records for an average of 13 years, Kokubo said his team found that daily ingestion of coffee or tea could reduce the chance of stroke by roughly 20 percent.

“The regular action of daily drinking [of] green tea and coffee is a benefit in preventing stroke…If you cannot readily improve your lifestyle, try to prevent stroke by drinking green tea every day” said lead researcher Dr. Yoshihiro Kokubo.

For the study, death certificates and hospital records were used to compare questionnaire answers to stroke victims, and the results showed a positive correlation between drinking more tea and coffee a day and a less risk of stroke. Even more, results showed a higher reduction in risk when the patient drank four cups of tea a day as opposed to three, showing a coordinated growth on a more specific level.

Why might coffee and green tea reduce stroke risk? There are a number of possible factors to consider. First, certain properties in both beverages may keep blood from clotting. Second, green tea contain compounds called catechins, which offer antioxidant and anti-inflammatory effects. Third, a chemical in coffee known as chlorogenic acid may lower the risk of type 2 diabetes, and therefore stroke as well. Lastly, caffeine could positively impact cholesterol levels, blood pressure, and insulin sensitivity.

But it should be noted that this study compared two very general data sets instead of evaluating these patients closely. That would be impossible with the amount of data they intended to accrue. The results represent a correlation.

Dr. Ralph Sacco, formerly the president of the American Heart Association, noted that there may be a common habit between tea and coffee drinkers that isn’t taken into account with these kinds of studies, an independent variable, if you will. He spoke with US news regarding the study published on March 14 in the journal Stroke.

“Such association studies are still limited in [the] ability to tell whether it is some ingredients in the coffee or tea or some other behavior common to coffee and tea drinkers that is driving the protective effects. There have been other studies, however, that have suggested some beneficial effects of coffee and tea on brain health, so the evidence is accumulating that there are some important simple dietary ways we can improve our health,” Sacco said.

In the end, it may not be best to up coffee and tea consumption solely to reduce stroke risk, but know that this reduction could be just one more of many benefits of coffee and tea.