Protecting Your Thyroid from Radiation with Natural Iodine 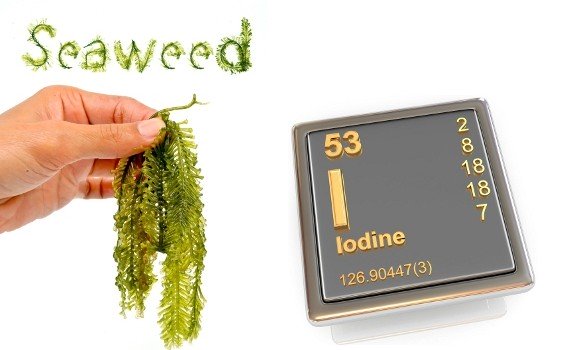 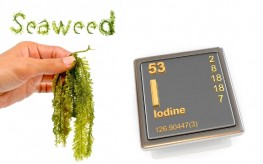 With radiation exposure from medical practices such as mammograms,and cancer treatments, as well as that which is being leaked from sites like Fukushima, it becomes more important than ever to educate ourselves about natural ways to protect against radiation exposure. Fortunately, iodine has been shown to protect the important glands of the endocrine system from radiation toxicity, namely the thyroid.

The Iodine Solution and Why it’s Important

The triple meltdown that happened just a year ago, which still dumps millions of gallons of radioactive waste into the Pacific Ocean, could be small potatoes in comparison to the potential threat at several sites in the US. Nuclear waste experts are saying that we are all playing with fire considering the amount of nuclear fuel stored onsite at many reactors.

Some contain more than 10 times the deadly levels of celsium-137 released during the 1986 Chernobyl accident. There is no question that protecting yourself from radiation exposure is extremely important. Enter, iodine.

The thyroid glands actually use iodine to make thyroid hormones. These hormones are responsible for keeping the body’s metabolism working. That doesn’t just mean helping you to burn fat, but also ensuring that your lungs can process air, your heart still beats, and your liver, kidneys, and spleen do their jobs too.

Dr. David Brownstein is an expert on iodine. When it comes to radiation exposure, he explains:

“If there is enough inorganic, non-radioactive iodine in our bodies, the radioactive fallout has nowhere to bind in our bodies. It will pass through us, leaving our bodies unharmed. It is important to ensure that we have adequate iodine levels BEFORE this fallout hits.”

Acute radiation sickness can ensure and cause the our body’s DNA to being a process of degrading within hours of high-level exposure. Chronic radiation exposure can cause cancer and even low levels of radiation can harm cellular regeneration.

There numerous foods rich in iodine, which can be consumed to deflect radiation disease. You can also take an iodine supplement, but organic, food-derived iodine is the most beneficial. The Linus Pauling Institute at Oregon State University recommends the following foods for iodine:

6 responses to “Protecting Your Thyroid from Radiation with Natural Iodine”