Poll: GMOs Among ‘Most Popular Topics’ Of The year

Genetically modified organisms in our food supply should be a concern for people in all age groups. In a recent survey, the issue of genetically modifying the food supply was named one of the top stories influencing behavior in Americans under 40. It’s also one of the most important food stories that most mainstream media outlets simply aren’t representing accurately.

What the survey reveals is that under-40 Americans really don’t care about the ridiculous claims that biotech has made – that GMOs will ‘feed the world’ (because they won’t) or help the blind see (as in the claim made of golden rice) but how GMOs will affect their personal health.

These under 40-year olds are concerned enough about genetically modified organisms that they are willing to change their eating habits to avoid them. They are seeking out non-GMO and organic foods. They aren’t giving up on GMO labeling, either, because how else will they know what they are eating? 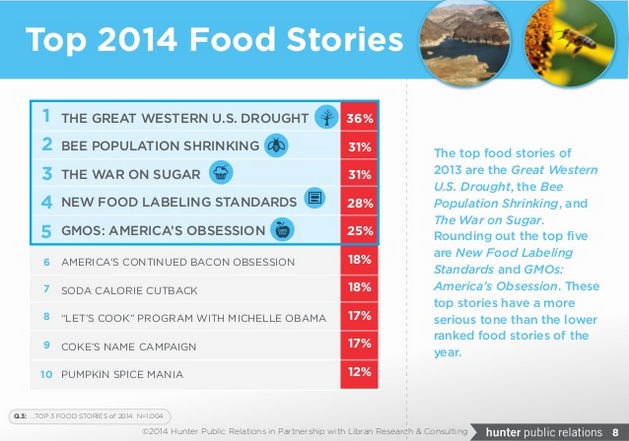 The survey has some great slides that explain people’s concerns more fully here. They include: 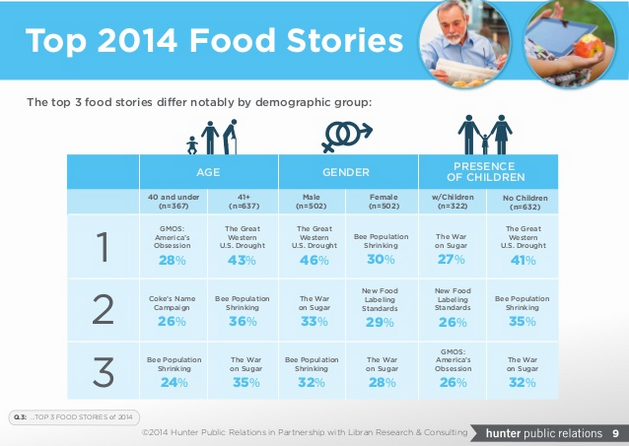 For the food companies and biotech bullies who thought they could just sweep GMO news under the rug because they were dealing with a generation of apathetic drones – they are dead wrong.

The fear if GMOs is also signified by the huge growth in organic food sales. Over 20,000 stores now offer organic food products. A report has shown that in 2012, more than $28.4 million was spent on healthful organic food, and that number has grown since the report published such findings.

According to Nutrition Business Journal, organic food sales will reach a startling $35 billion this year. For those of us who don’t take our health for granted, this is just the beginning of a food revolution.

The topic isn’t going away, and as more studies come out proving the detrimental effects of GMO all the time, you can bet that those under 40 – a huge share of the food-buying market – are paying attention.

6 responses to “Poll: GMOs Among ‘Most Popular Topics’ Of The year”