Poll: 90% of Ohio Citizens Want GMO Foods to be Labeled

Tell us what's in the food!

Whether you’re for, against, or undecided on genetically modified foods, there is one thing that individuals in all categories agree on: label them! Following numerous other states in the US, a poll has found the majority population in Ohio don’t like genetically engineered foods, and 87% of them want foods containing GMO ingredients to be labeled.

The poll involved more than 500 Ohio voters sponsored in February by the Ohio Ecological Food and Farm Association, a Columbus-based advocacy group for organic foods. The only downside of the poll is that it involved such a low individual count.

“There can be no doubt that Ohio voters want the right to know what they eat and feed their families,” said Amalie Lipstreu, policy coordinator for OEFFA. “The results clearly show voters–regardless of political party–support GE labeling and disapprove of GE food.”

Sixty one percent of the respondents didn’t give their approval for genetically modified foods. What’s more, labeling was supported by the following, according to the survey. 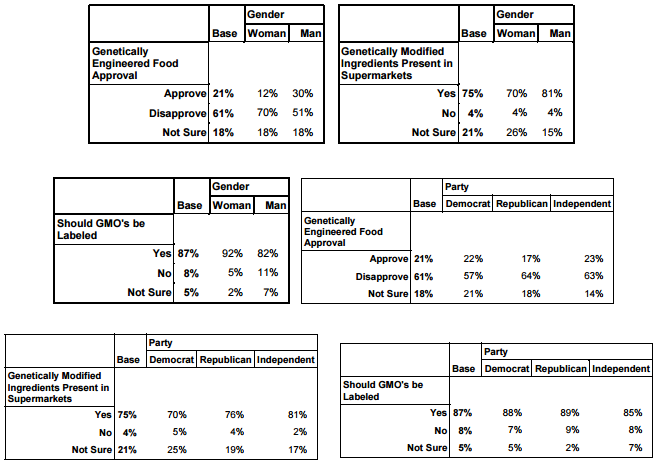 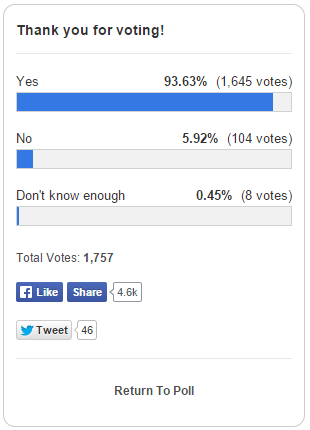 And a Consumer Reports poll came to similar conclusions. While we can argue that government regulation of GE crops that have already spread to over 79% of the world is a failed prospect for ridding genetically modified organisms from our diets, a whopping 92% of US citizens are asking their government to label GE foods, according to the poll.

Let’s face it, people want these foods to be labeled. Monsanto may be spending millions to either change people’s minds or instill biotech opinions on those who aren’t privy to these food developments, but it is unlikely that the country as a collective will ever say “fine, don’t let me know what I’m eating.”

3 responses to “Poll: 90% of Ohio Citizens Want GMO Foods to be Labeled”