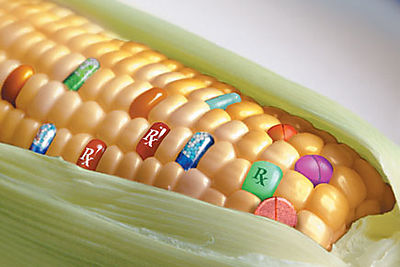 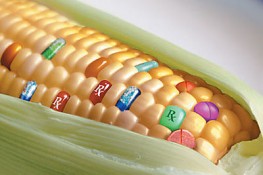 Many individuals have heard it a million times, but for the uninformed, or those just looking to fuel their 2014 fire to finally defeat Monsanto and their cronies, you’ll be interested to know that Monsanto’s Bt-toxin is far from ‘safe’ as the chemical company claimed it would be when filing their papers with the FDA. New research from Canada show that BT toxins are showing up in pregnant women, and low and behold – they are killing human embryo cells. 2014 is the year of the horse, but we’re not through beating this one to death.

It’s called reproductive toxicology, and just like their suicide seeds, these Bt toxins are starting to kill our own unborn children. This is no exaggeration. Hopefully reading further will compel you to take action. It is time to put Monsanto to rest, bankrupt them, and let the world know their ‘secrets’ near and far.

Bt toxins are prominent in genetically altered crops such as corn, soy, wheat, and others, called Cry1Ab – and they can be lethal. Not only do these cry-toxins target the kidney cells of developing human fetuses, but when Cry1Ab and Cry1Ac are combined with RoundUp, they can delay apoptosis of human cancer cells. What’s worse, glyphosate, the main ingredient in RoundUp, also causes necrosis – i.e. the death of human tissue, and this happens even when the substance is found in much smaller amounts than what is currently being used on our agricultural crops. The stuff is still carcinogenic in the parts per trillion range.

Read: 5 Steps for Avoiding and Detoxing the Bt-Toxin

In its rush to remain the ‘agricultural leader’ of the world, the US government erected defunct regulatory bodies that have no means to truly examine the ramifications of biotechnology on our food. The National Institute of Health (NIH) is a joke and the FDA gave Monsanto an indefinite hall pass to cause mayhem on the food supply.

More people need to file lawsuits against this company until they are without one red cent to continue poisoning the planet and killing our unborn babies. The Organic Seed Grower’s Association sued Monsanto in 2011, and Idaho wheat growers are suing Monsanto for cross-contamination, but what about parental groups? Mother’s Against Drunk Driving was formed when a mom lost her baby to a drunk driver. Perhaps the mothers who face reproductive failure due to Monsanto’s hand can sue them collectively.

The FDA’s internal memos about their concerns surrounding GMO seed crops recently surfaced in one lawsuit, though the public was never meant to see them. GMO foods are not the foods we have always eaten. This is an outright lie.

Any lawyers out there willing to go against the monopoly? I’d sign a class action suit today. Would you? In the meantime, utilize these 5 tips for avoiding GMOs while you write your local senator, state representatives, congressman, and president.