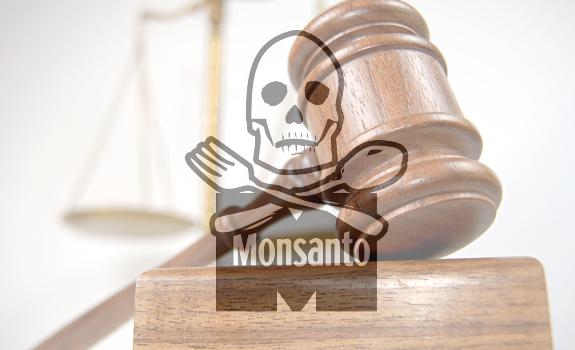 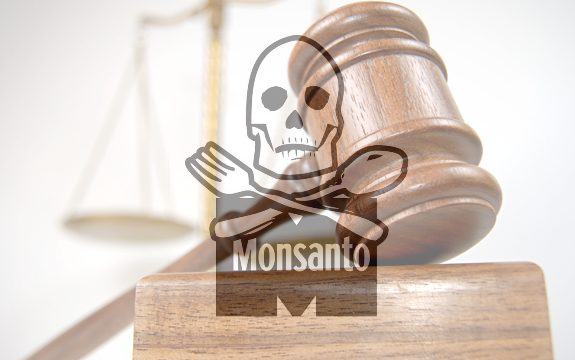 We’ve seen similar scenarios in the past, events in which the massive financial power of multi-national corporations is able to buy out legislators who were elected to ‘represent’ voters. But now, Monsanto has set the bar even higher. Instead of just getting a few kickbacks or avoiding USDA regulation, Monsanto lobbyists have gone as far as to generate legislative inclusions into a new bill that puts Monsanto above the federal government.

It’s called the Monsanto Protection Act among activists and concerned citizens who have been following the developments on the issue, and it consists of a legislative ‘rider’ inside (Farmer Assurance Provision, Sec. 735) a majority-wise unrelated Senate Continuing Resolution spending bill. You may already be aware of what this rider consists of, but in case not you will likely be blown away by the tenacity of Monsanto lobbyist goons.

If this rider passes with the bill, which could be as early as this week, Monsanto would have complete immunity from federal courts when it comes to their ability to act against any new Monsanto GMO crops that are suspected to be endangering the public or the environment (or considered to be planted illegally by the USDA). We’re talking about courts that literally can do nothing to Monsanto if it’s found that their newest creation may be promoting cancer, for example. Whether it’s a GMO banana or an apple, Monsanto could continue planting the food abomination all it wants under court review.

Food Democracy Now has launched a petition on the subject, explaining:

“The Monsanto Protection Act would strip judges of their constitutional mandate to protect consumer rights and the environment, while opening up the floodgates for the planting of new untested genetically engineered crops.”

What really enraged Monsanto was the incident back in 2010, when a federal judge actually revoked Monsanto’s approval to plant GMO sugar beets due to environmental concerns. This is exactly what Monsanto intends to stop, literally becoming more powerful than federal courts in their conquest to monopolize the entire food chain.

Monsanto has literally gotten away with murder ever since it was founded way back in 1901. Very few people actually realize the history of this company. Not many activists realize that this is the same company that was responsible, along with Dow Agrosciences, for creating Agent Orange. Created for the US military to be used during Vietnam as a ‘defoliant’ (really used for incognito chemical warfare operations which affected both allied and enemy troops), the concoction that was Agent Orange consisted of a medley of highly toxic ingredients including dioxin — a type of toxic substance considered to be one of the deadliest on the planet.

Agent Orange, from Monsanto, killed 400,000 people and led to 500,000 children born with troubling birth defects. And in addition to those stats 1 million were rendered disabled or at least suffer from health issues from Agent Orange exposure. This includes US soldiers.

So what happened to Monsanto after they designed a ‘defoliant’ that was actually a deadly chemical weapon that killed, maimed, and ruined lives of innocents and US soldiers? Monsanto issued a truly heart-felt statement that their Agent Orange wasn’t really that dangerous despite all of the evidence that is now accepted as fact:

“We are sympathetic with people who believe they have been injured and understand their concern to find the cause, but reliable scientific evidence indicates that Agent Orange is not the cause of serious long-term health effects.”

Oh, and they settled for what amounts to chump change in order to silence the dying veterans, paying 45% of the 180 million dollar payout in order to make the veterans drop the charges. Then, of course, they eventually went on to make genetically modified crops and take over 90 plus percent of the GM seed market. A market that they have actually cornered by patenting their seeds, which India calls ‘biopiracy’. Before that, they mass produced plastics that we now know are morphing the hormones of consumers.

But let’s also not forget that Monsanto has so many ties inside the US government that it has managed to slip into a very comfortable position. Former Vice President for Public Policy at Monsanto, Michael Taylor ultimately became a major head the FDA. Before that, Taylor conveniently worked specifically on Monsanto’s “food and drug law” practices. Specifically in regards to Monsanto’s cloned rBGH. But remember, this was before Monsanto decided to go for a more ‘blatant’ route.

Now, instead of just operating in the shadows, Monsanto is pushing a much bolder move with the Monsanto Protection Act. It not only sets a troubling precedent for Monsanto, but also for other bloated multi-national corporations that want to obtain higher authority and immunity from US courts.