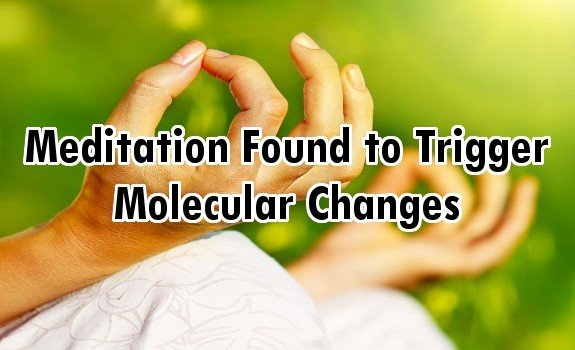 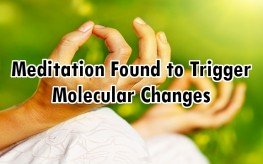 If you are a practitioner of meditation, the results of a new study published in Psychoneuroendocrinology will likely come as no surprise. But for some scientists, the revelation that meditating can actually trigger molecular changes is groundbreaking.

The researchers from the University of Wisconsin-Madison and the Institute of Biomedical Research in Barcelona, Spain found subjects who partook of 8-hour intensive mindfulness meditation showed significant molecular changes.

A group of experienced meditation practitioners spent an 8-hour day in mindfulness while a control group spent the day in quiet but non-meditative activities. The meditation group experienced genetic changes including reduced levels of inflammatory genes like RIPK2 and COX2, indicating faster recovery from stressful situations.

“The extent to which some of the genes were down-regulated was associated with faster cortisol recovery to a social stress test, where participants were challenged to make an impromptu speech or complete mental calculations in front of an audience.”

In other words, the meditation helped participants keep cool under pressure.

“The regulation of HDACs and inflammatory pathways may represent some of the mechanisms underlying the therapeutic potential of mindfulness-based interventions. Our findings set the foundation for future studies to further assess meditation strategies for the treatment of chronic inflammatory conditions,” explained Perla Kaliman, co-author of the study.

Far from the first study on meditation, this is the first to demonstrate molecular changes caused by the age-old practice.

“Our genes are quite dynamic in their expression and these results suggest that the calmness of our mind can actually have a potential influence on their expression,” said Dr. Richard J. Davidson of the Center for Investigating Healthy Minds.

Meditation has been used for centuries and longer to assist humankind with their spiritual and health endeavors. In other words, this study is catching up with what many people have known for a long time—that the mind can influence the body.

Other studies have linked meditation practice with stress reduction, IBS and digestive relief, the easing of cold symptoms, and helping to regulate blood pressure. Meditation was even shown to beat morphine in reducing pain in one small study. These studies didn’t explain how the meditation was working, but this most recent one seems to tap a new expanse of potential.

When it comes to the world of science, evidence is king. Anecdotes and surveys that reveal meditation to have physical benefits are not as convincing as genetic proof. Practitioners of meditation may not need that sort of laboratory evidence, but for scientists it provides a foundation of legitimacy for a practice they may have previously doubted.