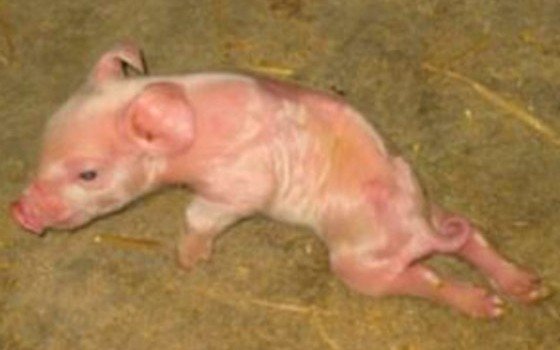 A primary ingredient in Monsanto’s Roundup, glyphosate is a weed-killing chemical routinely sprayed on crops that have been genetically-modified to withstand it’s killer effects. Glyphosate has been found in staggering amounts in human urine and is not only found in our food, but in the water system.

For farmers like Pedersen, there are multiple problems with glyphosate. Not only does he have to worry about consuming it himself, but he has rising concerns about its effects on his piglets.

Pedersen produces 13,000 pigs each year and is a supplier to Europe’s largest pork producer Danish Crown. When he became alarmed at the deformities among his pigs, he eliminated the genetically modified food sources and switched to non-GM feed. While some of the problems didn’t entirely disappear, improvements were remarkable.

“When using GM feed I saw symptoms of bloat, stomach ulcers, high rates of diarrhea… but when I switched [to non GM feed] these problems went away, some within a matter of days,” said Pedersen.

In addition to making the piglets healthier, the switch also saved Pedersen money and time. “Less abortions, more piglets born in each litter, and breeding animals living longer,” he said among the changes. He’s had to use less medicine and has had higher productivity as a result.

When the deformed piglets were tested, Pedersen says they all had glyphosate in their organ tissues. 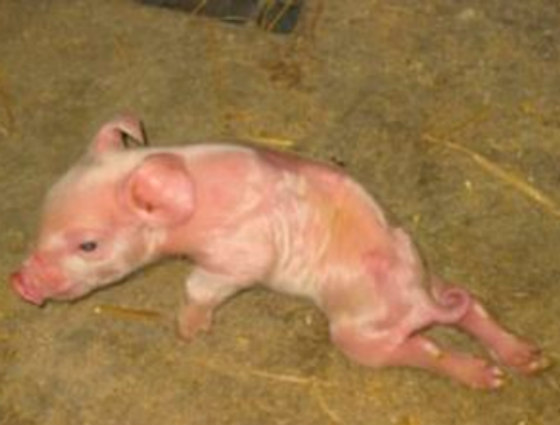 In humans, glyphosate has been linked to hormonal disruptions, sterility and cancer. But it’s long-term effects are simply not known. For the most part, we are all the guinea pigs in this scientific experiment, one that those in charge refuse to pull the plug on.

Farmers in the US have seen similar results with genetically-modified feed. An Iowa farmer said, “There is little doubt based on the results of putting GM feed into a livestock ration and based on results of removing GM feed from a ration that animal health is better on conventional feed and grain.”