Marijuana a Possible Treatment for AutoImmune Disorders like MS, Arthritis, and Type 1 Diabetes 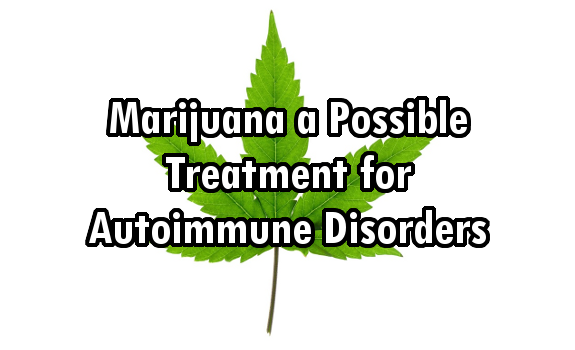 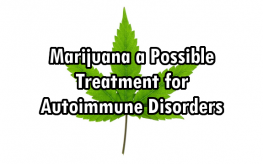 Auto-immune disorders occur when the body’s immune system turns on itself, attacking healthy cells as if they were dangerous invaders. These conditions are usually chronic and can significantly impact the quality of life for people who suffer with them. So what’s a solution? One recent study indicates tetrahydrocannabinol (THC), the active component in marijuana, could provide groundbreaking results in the treatment of these auto-immune disorders.

THC and other compounds found within marijuana have been hot topics in the world of medicine of late, as laws are changing and people are becoming more amenable to this natural herb. It’s been identified as a useful treatment in pain disorders, anxiety and depression, digestive problems, seizures, cancer, and even HIV.

This recent study, published in the Journal of Biological Chemistry, explores how microRNAs are impacted by THC. MicroRNAs play a significant role in gene expression, and scientists believe the ability to alter their expression could be the key to developing successful treatments for autoimmune diseases including type 1 diabetes, arthritis, and multiple sclerosis.

MicroRNAs, or MiRNAs, have a significant impact on the immune system. They act as “brakes that target more than 60% of all gene expression.” In injecting mice with THC and analyzing their RNA, the researchers found 13 miRNAs that were highly altered by the THC.

While it’s believed the MiRNA regulation of gene expression is crucial in a wide range of biological processes, their use in the regulating the “development, differentiation and function of a variety of immune cells including myeloid cells” is of particular interest.

THC impacts the expression of one miRNA in particular, miRNA-690. When greatly over-expressed, as it is in the presence of THC, miRNA targets a protein called C/EBPα, which triggers cells that suppress inflammation.

Lead author Dr. Venkatesh Hegde says these effects could be a “double-edged sword” and that, of course, more research is needed. He says that while the ability of THC to suppress inflammation could provide treatment options for inflammatory disease, it could also make the body vulnerable to other diseases.

Dr. Mitzi Nagarkatti of the Department of Pathology, Microbiology, and Immunology at USC’s School of Medicine says,

“MicroRNA therapeutics is an important, rapidly growing area with major pharmaceutical companies getting into this discovery and development. While our study identifies the molecular mechanism of immune-altering effects of marijuana, select microRNA identified here could serve as important molecular targets to manipulate MDSC activity in cancer and inflammatory diseases.”

3 responses to “Marijuana a Possible Treatment for AutoImmune Disorders like MS, Arthritis, and Type 1 Diabetes”