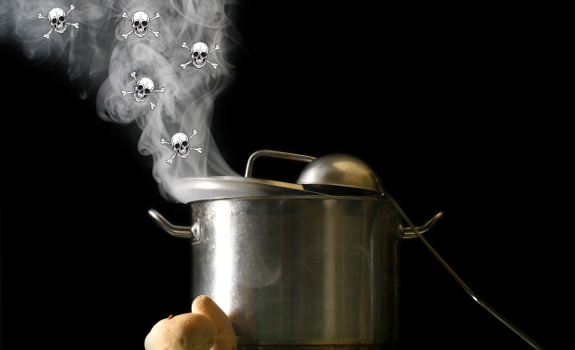 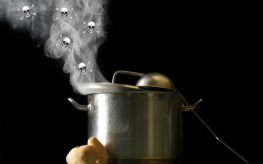 The smells that waft from the kitchen when a meal is being prepared can get the entire house drooling, but a new study shows that these smells or fumes may not be all good. As a matter of fact, the fumes produced when cooking with certain types of oil could increase your risk of lung cancer.

We all know that smoking causes lung cancer. A massive campaign from health organizations and the government has made sure of this. But even non-smokers can be diagnosed with the fatal disease, and the reasons why aren’t always clear.

In an attempt to determine other possible causes of lung cancer, a new study published in the journal Lung Cancer sought to determine the effects of cooking with certain types of oil and their impact on lung cancer risk.

In the Chinese province of Gansu, 233 cases of women with lung cancer were identified. They were paired with a control group of 459 cancer-free women in the same province. Interviewers gathered information on the women’s cooking practices and oil usage. What they found was telling.

The researchers found that stir-frying food in rapeseed (canola) oil and linseed oil could increase the risk of lung cancer among non-smokers and boost it even further among smokers. This is particularly interesting because stir-fried dishes are often seen as healthy dishes because they are only heated for a short amount of time.

Another study, published in Cancer Epidemiology, Biomarkers & Prevention, looked at similar effects, not only attributing the risk to oil fumes, but to the fumes from cooking meat specifically as well.

In that study, the researchers concluded:

“In conclusion, among Chinese women, we found evidence that exposure to heterocyclic amines in fumes emitted during meat cooking may increase the risk of lung cancer among smokers.”

In both studies, the researchers call for further investigation.