Mad Cow Disease May Infect Through Milk Despite USDA Claims 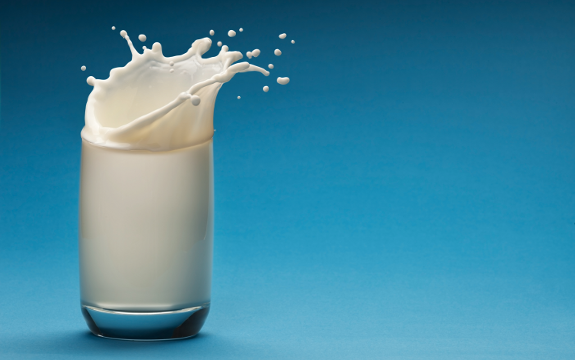 Following the latest confirmed case of mad cow disease in California, the USDA and the dairy industry alike are struggling to assure consumers that drinking affected milk poses no serious risk to your health. Despite these warnings, some scientists have found research that points to the contrary. In fact, two large studies found that prions — pathogenic agents associated with mad cow disease and other life-threatening conditions — can actually transfer from animal to animal via milk consumption.

Mad Cow Disease May Infect Through

One such study, performed by a conglomerate of French, Norwegian, and British researchers, actually observed the presence of prions in sheep milk – the very prions that the USDA says cannot inhabit US dairy. Shockingly, this peer-reviewed study was published back in 2008 in the journal PLoS Pathogens. Why has the USDA not spoken of this study, or even the second study that reached similar conclusions? In case you’re unsure, let’s examine an excerpt from the study authors:

This finding indicates that milk from small ruminants could contribute to the transmission of prion disease between animals. It also raises some concern with regard to the risk to humans associated with milk products from ovine and other dairy species.

While it may not be a study correlating prions to cow dairy milk, it is certainly cause for the USDA to launch a full investigation and warn consumers of the potential risks. Instead, the agency continues to insist that the milk is completely safe. You may be wondering if this still applies to the recent outbreak due to the fact that it has been described as ‘rare’ and ‘atypical’ by the USDA in official statements. Interestingly, there have not been any studies regarding the transmission between this ‘atypical’ mad cow disease and milk. Therefore, the USDA ‘experts’ are completely in the dark and ultimately bringing public health along with them.

According to Mother Jones, Consumers Union chief scientist Michael Hansen confirmed the lack of research, stating that he is unaware of any study regarding the link between this rare form of the disease:

In a phone interview, Hansen stressed that previous studies have suggested that “classic” BSE—not the “atypical” one found in the California cow—does not transmit through milk.

There is also another study that brings up the question as to whether or not milk could transmit the disease. Scientists in the UK revealed startling findings back in 2008 as well, demonstrating that the “transmission of scrapie from ewe to lamb via milk (or colostrum)” was entirely possible. Their work was published in BMC Veterinary Research, another prominent journal.

The USDA is an organization that admittedly ‘doesn’t know’ if you are eating cloned meat, and has repeatedly chosen major corporations over public interest. Is it any wonder why the organization is also failing to research this issue to the full extent that it should?